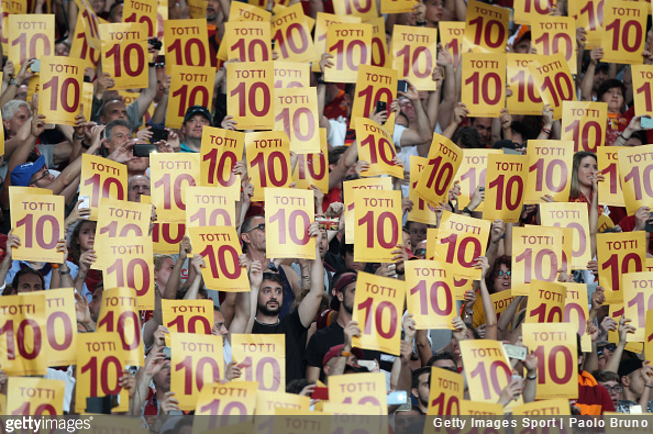 As you are no doubt aware, Roma bid farewell to their king this weekend as Francesco Totti made his 786th and final appearance for the only club he’s ever known.

As part of the ongoing celebrations, the Giallorossi compiled a loving Top 10 of Totti’s goals for the club and, by ‘eck, there are some absolute beauties in there.

The greatest hits from the greatest 👑#Totti #ASRoma #GrazieTotti pic.twitter.com/dPNAnj7lzw

More chips than the storeroom at Harry Ramsden’s, to coin a phrase.

He may slip under the radar from time to time when discussion turns to the modern greats, but it cannot be denied that Totti was an immense player in his prime.