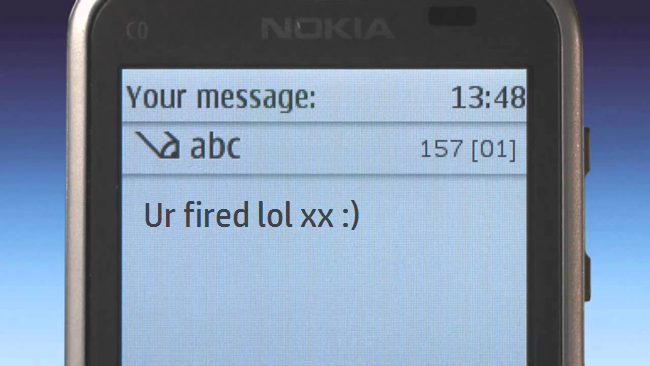 With news of Diego Costa being informed his time at Chelsea is at an end via the medium of a text message from his manager, here’s several more footballing folk who have suffered a similar fate over the past few years… 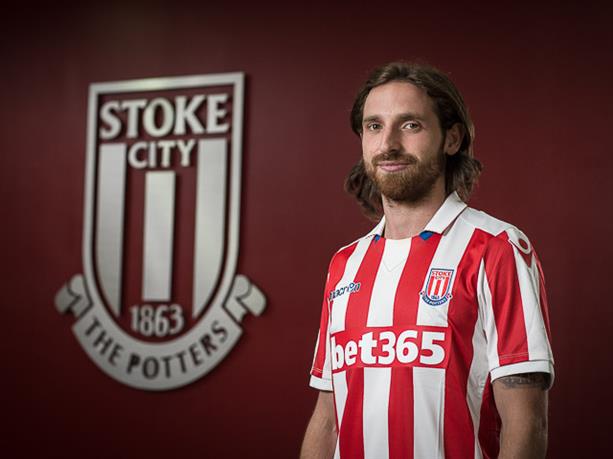 The Welsh midfielder first discovered Liverpool were flogging him to Stoke when he received a text message from a friend congratulating him on the move.

“It was a bit strange but that’s how things happen sometimes. There was no real goodbye,” he later opined.

Despite being local lads who joined the club as kids before going onto amass over 700 appearances between them, the first Tony Hibbert and Leon Osman heard about being released by Everton last summer was through text messages from various members of their families.

The pair were both included on the ‘released list’ the Toffees posted on their website, but strangely nobody inside the club bothered to inform two of their longest-serving players beforehand.

While it’s easy to pillory the Blackpool board on almost every aspect of their day-to-day operation, perhaps the only thing the Oystons have ever got right is the utterly unceremonious manner in which they relieved ‘The Guvnor’ of his post in January 2014.

Having failed to win a match for over two months, Ince was “deeply disappointed” to be sacked via text message – specifically for choosing to devote time to working on his UEFA coaching license instead of producing a list of potential transfer targets.

Even leading Swansea to their one and only major trophy (the 2012/13 League Cup) in 102 years of trying wasn’t enough to prevent Laudrup being canned by email.

Following a poor start to the 2013/14 campaign, the Dane was summoned for a meeting with chairman Huw Jenkins in early February.

“At the meeting we ended up saying we have to stay together and we shook hands,” Laudrup recalled in the aftermath.

“He (Jenkins) said ‘thank you very much because you want to help the club’.

“Later that morning I received a mail that said ‘due to a breach of your contract, with immediate effect, it’s terminated’.

As Swansea chopped and changed their way through a succession of managers in 2015 and 2016, faithful servant Curtis was the man who stepped into the breach to serve as caretaker on more than one occasion.

Sadly, his last stint as interim head coach ended in ignominy as it transpired three decades of loyal service as a player, youth team coach, first-team coach and assistant manager weren’t enough to earn Curtis more than a cursory text message to inform him he was being demoted as Paul Clement was inbound and wanted to install his own backroom team.

Huw Jenkins (again) broke the news to Curtis via text, reportedly telling him not to bother reporting for training the morning after he’d guided the Swans to a crucial win over Crystal Palace.

Fans were appalled at Jenkins’ callous treatment of a club icon, so the chairman invented a non-role (Loan Player Manager) to keep him on the books.

The growling Tottenham boss was rather infamously sacked mid-way though a UEFA Cup game against Getafe while he sat in the dugout at White Hart Lane.

With Daniel Levy in talks with Juande Ramos, Jol knew his days as Spurs boss were numbered going into the game.

However, Levy and the board officially chose to pull the plug mid-match, with a text message reaching a member of the coaching staff, who relayed it on to Jol at half-time.

Just to cap of a night of acute misery, Spurs went on to lose 2-1.

One week into the job, former boss Graham Westley endeared himself to his players by texting four of them at 2am the night before a game to tell them they’d all been dropped.

The long and rambling text reportedly ran to over 150 words and included tactical analysis and snippets of motivational jargon.

Westley later refuted that alcohol was a factor and claimed his messages were sent so late because it took him ages to add the players’ numbers to his phone contact list.

For the record, Preston lost the game in question, 2-0 against Leyton Orient.

With a year left on his contract, Hangeland was prematurely released by Fulham following their relegation to the Championship in 2015.

Unfortunately, the club only saw fit to muster a perfunctory email to notify one of their longest-serving stalwarts.

“This was without anyone from the club having met me beforehand to discuss my contract or my future with the club,” the big Norwegian griped at the time.

“After six and a half years of hard work and loyalty, and having served the last few years as captain, I am immensely disappointed at how this was handled.”

Over 250 appearances only to be dismissed in as many words. Harsh.

The year was 2012 and just five days before Christmas, Rapid Bucharest found themselves without two leus to rub together.

Indeed, the Romanian club were forced to file for insolvency after running up substantial debts and decided to take extreme measures to curb their outgoings and ergo remain in the top flight.

In a bid to drastically curb their wage bill, Rapid decided to sack all of their non-Romanian players and restock the team with younger, and more importantly cheaper homegrown talent.

“We renounce all foreigners,” manager Danut Perja rather dramatically declared to a local news outlet.

“All of them will receive the documents under which their contract are terminated unilaterally by email.”

Bogger off, the lot of you.

In a modern twist on a classic template, Bosnian top flight side FK Drina Zvornik managed to sack a manager who remained none the wiser until he stumbled across the news on Facebook.

Vladica Petrovic was fired in 2015 after a terrible run of results, but the club released a statement without actually informing the man himself.

Drina Zvornik announced Petrovic had been let go via their official Facebook page, only for the man himself to pop up in the comments below saying “Thanks for the notice”… 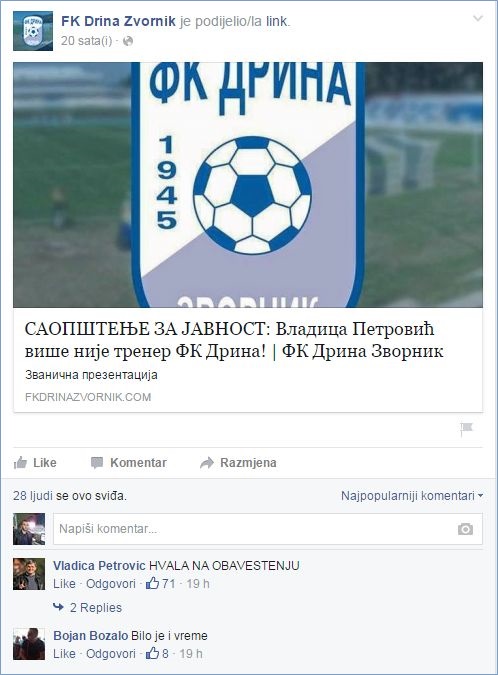 Drina Zvornik were rock bottom of the Premier Liga at the time having reaped just six points from 10 games, so the news couldn’t have come as a major shock to Petrovic.

Still, we can’t help but feel he remained unnecessarily polite about the whole thing.