There’s obviously no way you’ll agree with every selection, but I’d still be interested to hear your thoughts on this XI, comprised of Premier League players who I think are playing at a level above themâ€¦

Paul Robinson (Spurs) If Spurs aspire to be a top-four, title-challenging club, they simply must find a better keeper than Robinson. His positioning is frequently awful and he often seems lead-footed. He makes the odd good save, but so does every keeper in his division.
Should be playing forâ€¦ Any lower-table Prem team.

Glen Johnson (Chelsea) He’s almost 23 now but he hasn’t really developed as well as the experts predicted a few seasons ago. If anything, his career has regressed.
Should be playing forâ€¦ Portsmouth is about his level. He should have made his loan move permanent.
Paul Stalteri (Spurs) The Canadian hardly featured in Spurs’ first team last season and with good reason: he’s a bit shit. Stalteri is simply too ponderous and one-dimensional to play for a team as strong as Tottenham.
Should be playing forâ€¦ A move to MLS would suit him just fine.
Stephen Carr (Newcastle) Is it me or is Carr rubbish? If it is just me, then I’d love someone to explain how he’s still considered good enough to play in the Premiership. To my eyes, he defends like a headless, if enthusiastic chicken and makes way too many costly mistakes.
Should be playing forâ€¦ A mid-table Championship team.
Nicky Hunt (Bolton) Oh, let’s not f**k about, he’s crap, isn’t he? A classic example of an English full-back with minimal talent who has been coached to makes as few mistakes as possible by taking as few risks as possible. And he’s about as graceful as Crazy Legs Crane.
Should be playing forâ€¦ Again, the Championship would suit him down the ground.
Alexandre Song (Arsenal) This choice is partly informed by the legion of Arsenal bloggers who slate him at every opportunity. But every time I’ve seen him in action, he’s looked strictly average and frankly out of his depth as a footballer in any team managed by Arsene Wenger.
Should be playing forâ€¦ Would make a decent squad player in a club like Birmingham, who seem to like Arsenal youth players anyway.
Eric Djemba-Djemba (Aston Villa) One of Fergie’s worst ever Man Utd signingsâ€¦ and then one of David O’Leary’s worst ever Villa signingsâ€¦ And thenâ€¦ you get the picture. The man so poor they named him twice is just not Premiership class.
Should be playing forâ€¦ If he didn’t have such a paltry squad, I’m sure Martin O’Neill would love to sell him to Burnley, where he played on loan last season.
Nigel Quashie (West Ham) He was born to play in a team hovering on the precipice of relegation from the top flight. Except that he’s not even that good. Look in the dictionary under ‘Useless journeyman’ and you’d see ‘The Relegator’ looking back at you. He’s 100% perspiration and 0% inspiration.
Should be playing forâ€¦ Oh, somewhere in the depths of the Championship. 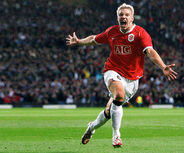 Alan Smith (Man Utd) Eric Cantona made a successful jump from Yorkshire across the Pennines, but Alan Smith is no King Eric. Alex Ferguson has reportedly tried to get rid of Smith this summer and I can see why. Smith is a decent utility player who always gives his best, but his best is not quite good enough for the red of United. Even the much maligned Darren Fletcher and John O’Shea have specific back-up roles to play at United, but Smith doesn’t fit in, as a striker or midfielder.
Should be playing forâ€¦ Somewhere like Newcastle would probably suit him.
Lee Dong Gook (Middlesbrough) I would never suggest that Boro signed Lee simply to sell more shirts in Korea, oh no (cough).
Should be playing forâ€¦ Having seen him in action, I’d suggest the Conference is his level.
Collins John (Fulham) He’s fast and athletic but with less football skills than your average park player.
Should be playing forâ€¦ Your average park XI.
So who did I miss? Leave a commentâ€¦ but be gentle!