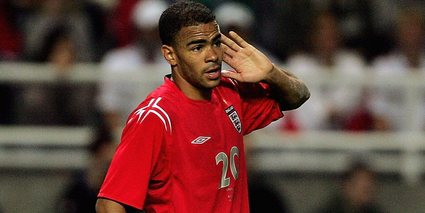 With the Wembley crowd harrassing Frank Lampard against Estonia on Saturday, Pies looks at an England XI who have had to cope with being booed by their own fans. The message seems to be: don’t be an England midfielder if you’re not thick-skinned!

Gary Neville
Red Nev fell victim to the boy-boys when England’s travelling circus visited Anfield while the new Wembley was being built. His Manchester United club allegiances were not forgotten just because he pulled on an England shirt.
Phil Neville
Found himself being booed after conceding a silly penalty against Romania which saw England eliminated from Euro 2000.
Viv Anderson
Booed by racist England fans on his debut as he became the first black player to represent England.
Kieron Dyer
In trouble with the Newcastle United faithful after allegedly refusing to play on the right-side for the club, Dyer felt the force of the boo-boys when fate threw up an England match at St James’s Park against Ukraine a few days later.
David Beckham
Becks was booed with venom following his sending off against Argentina at France 98. He only really got himself back into good books with that free-kick against Greece.
David Bentley
Got the bird when he made a substitute appearance in England’s match against Israel last month. Fans had apparently not forgotten his withdrawal from the Under 21 European Championship squad earlier this year.
Frank Lampard
Booed against Estonia for not meriting his place in the side/stifling Steven Gerrard/embodying everything that is wrong with the modern Premiership football, depending who you believe.
Owen Hargreaves
Surely the best example of the fickleness of England fans. He was booed as recently as England’s 2006 World Cup opener against Paraguay before the boo-boys realised that football was played outside the Premier League and Hargreaves became a star of the national team.
John Barnes
Became a scapegoat for an underperforming England side and had to deal with boos on top of the racist taunts he often received while playing.
Chris Waddle
Singled out by England fans as a player who did not find his club form while representing his country. Cue the boos.
Peter Crouch
Surely not? Everybody’s ( Rafa Bentitez aside) favourite robot-dancing cult hero. Well, until he went on his pre-World Cup goalscoring spree Joe Public deemed Crouchinho so lacking in international class that he deserved the boo treatment.