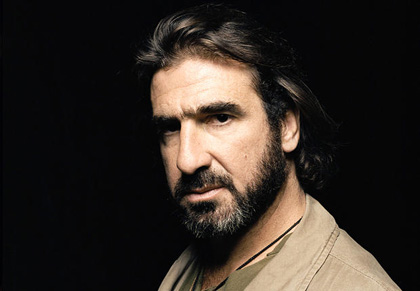 We had a massive response when we asked you to vote for the greatest football film ever with When Saturday Comes surprisingly sweeping the poll. But, while art may have no problem imitating sport, putting a footballer in front of a camera rarely leads to studs treading the red carpet come Oscar night.
Thankfully, footballers are usually limited to cameo appearances â€“ although even the ultimate method acting experience of playing yourself doesnâ€™t always guarantee a good performance.
Click through for a look at our top ten of footballers turned actors and let us know what you think of their acting ability

Pele
Possibly the first player to grace the big screen in that all time classic Escape to Victory, which also featured Bobby Moore and Ossie Ardiles â€“ Pele has even starred in a Brazilian TV series called Os Estranohos.
Vinnie Jones
Made an impressive debut in Brit-flick Lock, Stock and Two Smoking Barrels then went all starry eyed and moved to Hollywood â€“Â where heâ€™s consistently typecast as a meathead in films like Gone in 60 Seconds, Swordfish and X Men: The Last Stand.
David Beckham
With his chiseled features and Colgate smile youâ€™d have thought he was made for the silver screen â€“Â but cameo appearances in the Goal trilogy suggest he should spend his spare time in Hollywood taking acting lessons
Eric Cantona
You wouldnâ€™t catch him appearing in a big budget blockbuster but he has starred and directed French art house flicks as well as sharing the screen with luvvies like Cate Blanchett and Dickie Attenborough in period drama Elizabeth.
Stan Collymore
Briefly appeared in the sequel to Sharon Stoneâ€™s leg opening claim to fame, Basic Instinct â€“ but was graciously killed off before the opening credits even rolled.
Ally McCoist
Didnâ€™t have to prepare too much for his role as a footballer in A Shot at Glory also starring Robert Duvall. And heâ€™s nailed playing a cheeky, overweight halfwit in the latest Ladbrokes ad.
George Best
Best also stuck to what he knew, playing a a footballer in kidsâ€™ film, Cup Fever, and then himself in the biopic Best â€“ although we’re not sure on his inspiration for his role in Percy, apparently about a man who has a penis transplant and tries to find the owner!
Gary Lineker
Weâ€™re used to seeing him plugging crisps on the small screen but Gary and his then wife Michelle both made a blink and youâ€™ll miss them’ appearance as diners leaving a restaurant in the British comedy Splitting Heirs.
Archie Gemmell
Alright, not strictly an acting role but he can claim more screen time than some of this supporting cast â€“ â€œI havenâ€™t felt that good since Archie Gemmell scored against Holland in 1978,â€ (Trainspotting).
Dida
We know it wasnâ€™t in a film but surely the worst display of acting ever shown by a professional footballer?