They might be scary looking or just scary because of the way they play the game. Either way, here’s my Top 50 Scariest Players, perfectly timed to coincide with Halloweenâ€¦ 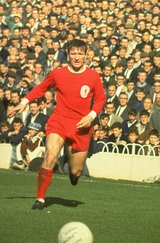 Tommy Smith Liverpool’s hardest hard man had that ability to make opposing players shit themselves just with one mean-ass stare. You could be bigger and stronger than Tommy, but he was harder than you and that was that. I imagine he was so scary to play against that he would have turned your shorts brown.
Click below to check out the rest of the listâ€¦

Trifon Ivanov ‘The Wolf Man’ or ‘Bulgarian Wolf’, as Ivanov was better known, looked more like a beast who had been raised by wild animals in a forest. I’d want a rabies shot before I faced him, that’s for sure.

Robert Prosinecki His grizzled face looks like it has been lived in by a troop of malnourished Russian infantrymen.

Steve Ogrizovic Oggy has broken his nose about 200 times, leaving him with the looks of a bouncer at a 1950s East End boozer. 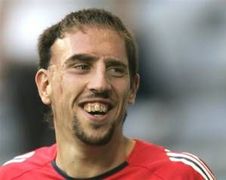 Franck Ribery The face that launched a thousand nightmares.

Miguel Angel Nadal They called him ‘The Beast’. And that’s all I need to know.

Peter Beardsley His face displays a frightening lack of symmetry. 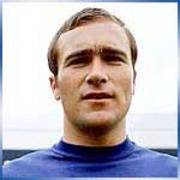 Ron ‘Chopper’ Harris You wouldn’t fuck with the Ron. Even when he smiled it was an assassin’s smile. 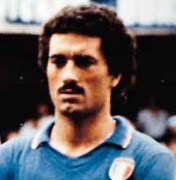 Claudio Gentile One of the scariest damn Italian defenders every to play the game. And that’s saying something.

Ed de Goey I might get sued if I said what I really thought Ed de Goey looked like, so I’ll just call him a big, ugly, balding lump with a terrible moustache and leave it at that. 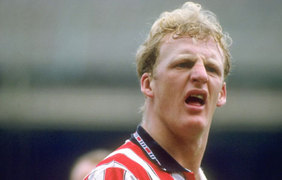 Temuri Ketsbaia In the mould of very scary bald players. See Thomas Gravesen also (although there’s something much scarier about Ketsbaia).

Stig Tofting One of the scariest-looking stares in the game. The word ‘nutter’ springs to mind.

Giuseppe Bergomi Intimidating stare/monobrow combination, much like that Eagle off The Muppets.

Ray Parlour How Charlie Dimmock might look having narrowly escaped with her life after being trapped in a burning house. Not pretty.

Jens Jeremies The quintessential German midfield general. Looks a bit like Rocky from the movie ‘Mask’. (So does Ray Parlour.)

Lee Hendry The face of a 12-year-old Asbo yob, grafted onto the body of a mediocre footballer. 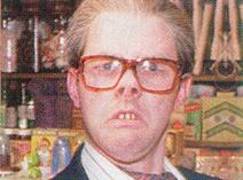 David O’Leary This is a local shop etcâ€¦

Carles Puyol Does personal grooming mean nothing to this gormo?

Luke Chadwick A face that could shatter a mirror from three miles away.

Dixie Dean Monstrously strong â€“ like, er, a really strong monster. Could be the bastard father of Carlos Tevez. 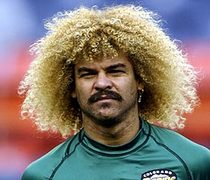 Carlos Valderrama To paraphrase Joseph Conrad: the hair, the hair!

Billy Whitehurst A hard, ugly bastard of a player. Whitehurst is alleged to have beaten up Vinnie Jones (no mean feat) whilst the two were team mates at Sheffield United. When he joined Oxford United, it was rumoured he supplemented his football earnings by engaging in bare knuckle boxing bouts with local Gypsies. Scary. 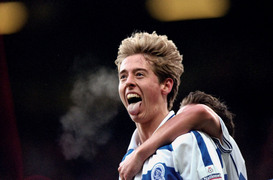 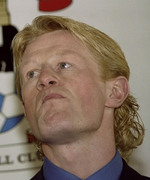 Colin Hendry Big albino Braveheart types always scare me, and Hendry is the perfect such example.

Christian Ziege Are you lookin’ at me? â€¦ or just my really bad skin? 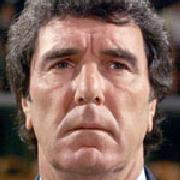 Dino Zoff Look at that massive, unsmiling head, like a miserable tombstone.

Carlos Marinelli I would hesitate to say the words ‘special needs’, butâ€¦ damn, I said them already.

Lee Bowyer Scary that this little yob is still being paid thousands a week to play professional football.

Anton Ferdinand Resembles a Sesame Street puppet that has been constructed by a blind man with little or no puppet-making experience. 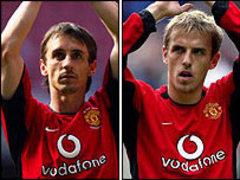 Gary & Phil Neville Come on, you didn’t think I’d miss out the Nevillers, did you?

Mauro Camoranesi Like a malevolent shark with a ponytail.

Oliver Kahn Big and angry, like a gorilla that has not been fed for days. 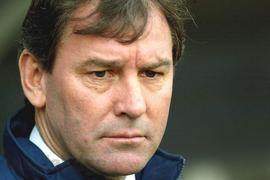 Bryan Robson Has the cold, dead eyes ofâ€¦ something that’s cold and dead. 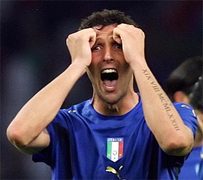 Jack Charlton Tough as old boots. A face like old boots, too.

Roy Keane That dark glint in his eyes is enough to frighten anyone, even Sir Alex of Ferguson. 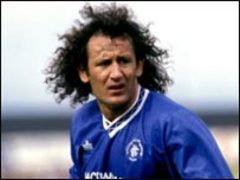