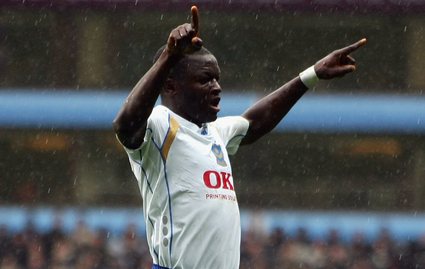 HEROES
Sulley Muntari Scored just about the sexiest pair you are likely to see this season against Aston Villa.
Tuncay Sanli The Turkish international is finally finding his feet in the Premier League and proved it by scoring Middlesbrough’s winner against Arsenal.
Ryan Giggs A true professional, Giggsy opened the scoring in Manchester United’s 4-1 win over Fulham by bagging his 100th league goal. Not bad for a winger.
VILLAINS
Paul Scharner The Wigan man took it upon himself to give Bolton a headstart by comically heading El-Hadji Diouf’s cross into his own net.
Stephen Ireland Sent-off against Spurs for a nasty lunge on Jermaine Jenas.
Mark Halsey Awarded Pascal Chimbonda’s opener for Spurs against Manchester City despite the fact that he was offside and used his hand to turn the ball in.