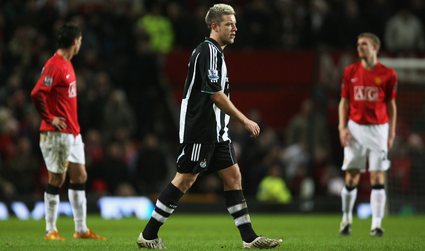 Pies puts together a team of players who must be wishing they had stayed at their former club rather than seeking out pastures new.
Andreas Isaksson
The Manchester City keeper has endured a torrid time at Eastlands since joining from Rennes in August 2006. He was sidelined for most of his first season with knee and ankle injuries and missed the start of the current campaign with a fractured thumb. He has now been publicly confirmed as being behind Joe Hart in the pecking order.

Tyrone Mears
Mears’ decision to join Derby County from West Ham at the start of the season has proven to be a fast-track to Championship football.
Aaron Hughes
Martin O’Neill is short of defenders in his high-flying Aston Villa squad and the Northern Ireland skipper would have played his part. This is surely preferable to being second-bottom in a struggling Fulham side.

Ashley Cole
Cashley’s Chelsea career has never really taken off. It has been punctuated by injuries. And to add insult to the aforementioned injuries, new England boss Fabio Capello has stated that he prefers Wayne Bridge. Strange to think he would probably be skippering Arsenal by now if he had remained at the Emirates.
Alan Smith
Getting stuffed 6-0 by former club Manchester United at the weekend was probably the final confirmation Smudger needed that he would have been better staying at Old Trafford than moving to St James’ Park.
Fabrice Muamba
With the youngsters at the Emirates Stadium getting a lot of chances even by Arsene Wenger’s crÃ¨che-like standards, Muamba must be wondering whether he would have better off sticking with Arsenal instead of moving to Birmingham.
Gavin McCann
He may not have been assured first-team football at Villa Park, but Martin O’Neill has a small squad which would have meant plenty of playing time for McCann by now and certainly over the latter half of the season. And he would have been chasing a European place rather than fighting relegation.
Lee Hendrie
Two clubs for Hendrie to choose from: he could have fought for his place in Aston Villa’s midfield or made his loan switch to Stoke City permanent and have been fighting for a place in the Premier League. Instead he has been part of Sheffield United’s disappointing start to the season.
Mido
If only he had held out for a couple more months, the Egyptian striker would have outlived Spurs boss Martin Jol and been given a clean slate under Juande Ramos. Instead he is nursing a groin injury in tropical Teeside.
James Beattie
The (it’s probably safe to say) former England striker traded top five Premier League football for mid-table Championship obscurity when he swapped Everton for Sheffield United in the summer.
Thierry Henry
Would they take him back? I’m not sure they would, but Tel must have been watching Arsenal’s resurgence this season and at times regretted that he is not a part of it.