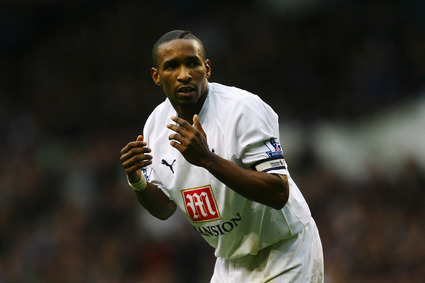 1. Jermain Defoe (Spurs to Portsmouth) Did Spurs sell the wrong striker? I think they should have kept Defoe and ditched Darren Bent, but Juande Ramos is a successful football manager, and I am not, so I’ll trust him on this one. Defoe is a terrific addition to a deceptively strong Pompey squad.
2. Alan Hutton (Rangers to Spurs) Some Scottish grit is just what Tottenham’s defence needed. Hutton offers that, and more â€“ he has been compared with Cafu, Brazil’s Duracell bunny, and loves to bomb forward. At 23 he can only get better.
3. Nicolas Anelka (Bolton to Chelsea) I wasn’t sure how Anelka would find life at Stamford Bridge – does he play his best surrounded by stars or journeymen? â€“ but he looks happy there, so far anyway. There’s no doubting Anelka’s class. Defenders will not look forward to the prospect of facing an Anelka/Drogba strike force.
4. Manucho (Petro Luanda to Man Utd) Based on his dynamic performances for Angola at the Africa Cup of Nations, Fergie (or his scouts) has unearthed another star of the future. Manucho is a tall, rangy striker with enough skill to play out wide. He’s being shipped out to Panathinaikos for the rest of the season to gain experience. One to watch.

5. Matthew Taylor (Portsmouth to Bolton) Taylor’s career had stalled at Portsmouth, but he still has much to offer at the highest level. A shrewd signing by Gary Megson.
6. Dan Gosling (Plymouth to Everton) As a Plymouth fan I was resigned to the fact that a bigger club would come in and steal Gosling from us. He’s not yet 18, but has already shown the maturity and versatility (he’s a midfielder but can also fill in at right-back) to make me think he’ll succeed in the Prem. Don’t expect to see him in Everton’s first team this season, but his time will come.
7. Momo Sissoko (Liverpool to Juventus) Juve paid more than Â£8m for Sissoko. I know who got the better end of that deal, and it’s not the Italians. Sissoko has been in dreadful form since his eye injury; Â£4m would have been too much to pay for a midfielder who can’t pass the ball.
8. Lassana Diarra (Arsenal to Portsmouth) I think Arsene Wenger should have sold off Gilberto Silva, who is past it, and kept Diarra, who despite being a cocky, mouthy sod, is a very talented midfielder in the Makelele mould. Yet another welcome addition to Harry Redknapp’s happy band of mercenaries.
9. Jonathan Woodgate (Middlesbrough to Spurs) If he stays fit (a massive if), then Woodgate most definitely is an inspired signing. He was man of the match on his Spurs debut and may have finally found a club that will get the best out of him.
10. Alfonso Alves (Heerenveen to Middlesbrough) Alves has been tearing up Holland’s Eredivisie, but I think I could tear up the Eredivisie. I can’t decide whether Alves is an inspired sigining or a panic buy. Â£13m seems a lot to pay for a striker who is unproven at the highest level – I know he’s played a few games for Brazil but the Premier League is a very different beast.
The 10 worst panic buys will follow soonâ€¦