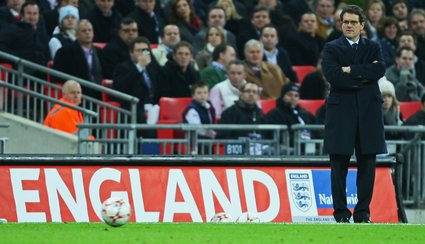 1 England again have a ‘DB’ wearing number 7 who could make the shirt his own for years.
2 This was in many ways the perfect result. It was a victory, a decent performance, but nothing too flashy. Certainly no 5-0 win to get overexcited about.
3 The England players wanted to impress. There weren’t too many egos going through the motions at Wembley last night. Don Fabio wouldn’t stand for it.

4 We wouldn’t have got ‘Ole!’ football under Steve McClaren!
5 England can score goals without Michael Owen. I still believe that Owen will play an important part in the Capello era, but it is good to see England playing a brand of footballer that doesn’t rely on Owen’s goals.
6 Joe Cole impressed Mr C. The Chelsea man sparked England into life in a dull first half. His early withdrawal signalled his name being pencilled for the match against France in March.
7 Steven Gerrard was a magnet for the ball in the second half. A captain’s performance that was missing against Croatia…
8 Peter Crouch was a little more lumbering than usual up front by himself.
9 Matthew Upson was a pleasant surprise. Firstly, because he made it through the match without getting injured, and secondly because there was something reassuring about seeing a left-footer playing as a left-sided centre-back.
10 You never know when David James will drop a clanger. He nearly caused a Switzerland equaliser shortly before the final whistle with a traditional Calamity James flap.