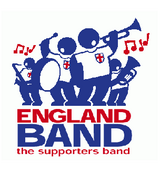 1. The England Supporters Band. The first time I heard them play ‘The Great Escape’, it was mildly amusing – with the emphasis on ‘mildly’. Now it’s one of the most annoying things in the world. It’s the football equivalent of morris dancing, or real-ale pubs – tragically uncool and tin-pot and embarrassing. Please get rid of them now.
2. The England supporters. Booing after 38 minutes, just because your team had the audacity to play possession football? What a disgrace, what an utter disgrace. No wonder the players hate playing internationals. That was as much noise as they made. Wembley was like a corporate morgue for 99% of the game. And how witty to start a chant of ‘There’s only one David Beckham!’ in the first half. Tell me, who was using your braincell last night?

3. The half-minute’s silence for Munich. A minute’s silence was cut in half by the ref – probably at the request of the FA – when the usual collection of drunken idiots started whistling, after about 20 seconds. ‘Outraged’ fans (translation: more drunken idiots) shouted at the whistlers to ‘shut the fuck up!’ How depressing. How predictable.
4. John Motson. Called Wes Brown ‘Wayne’ – Lawro couldn’t be bothered to correct him, or maybe didn’t even notice. Motty generally talked a lot of shit. The BBC has to realise he’s now a laughing stock, incapable of forming any new, valid opinions – throw the blinkered old fart into Room 101 along with the Supporters Band.
5. The realisation that England’s players have very poor technique compared with players from Brazil, Italy and other first-tier nations. That makes me angry, especially when pundits harp on about the Prem being the best league in the world. Capello has lots of work to do. He must have been shocked by the passing (in)ability of some of the senior players.
Grrrrrrrr.
What made you angry about last night?