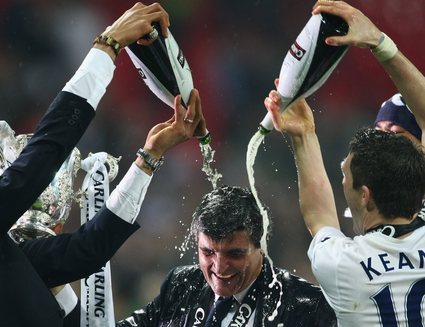 HEROES
Juande Ramos Few Spurs fans were expecting silverware when the Spaniard took the reigns from Martin Jol.
Ronaldo and Rooney Joint effort from the Manchester United maestros for their demolition of Newcastle.
Fernando Torres A hat-trick from El Nino. He is in the sort of form that makes you want to leave him on the bench next week…
VILLAINS
Martin Taylor Accidental it may have been, but Taylor makes the Villains list for the sheer damage his lunge on Eduardo has caused.
Arsene Wenger You can understand why his emotions were running high, but his comments about Taylor didn’t help anyone.
Petr Cech Handed the Carling Cup to Spurs when his dodgy punch landed on Jonathan Woodgate’s forehead.