According to the stats (at time of writing), here are the top 10 dirtiest players in the Prem this season, in terms of fouls committed. In reverse order… 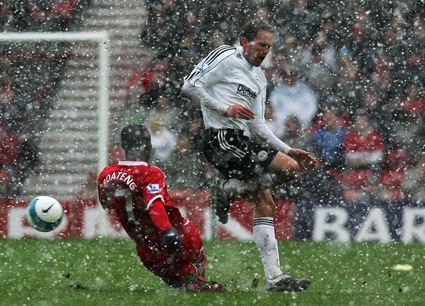 10. George Boateng (Middlesbrough) – 59 fouls
Boateng is a robust, destructive player who gets through a lot of “work” in each game. He loves a sliding tackle, does George, but they don’t always come off. 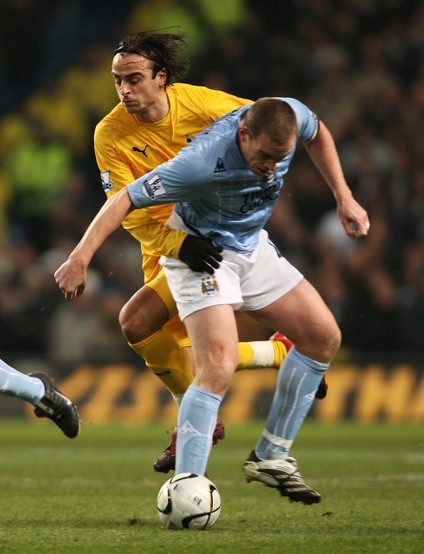 9. Dimitar Berbatov (Spurs) – 59 fouls
What’s this – the silky-skilled Bulgarian is also a fouling machine? Strikers are fouled so often that they frequently lash out in retaliation. They also get whistled a lot for backing in to centre-halfs, which goes some way to explaining Berby’s appearance on this list. He can be a petulant sod too. 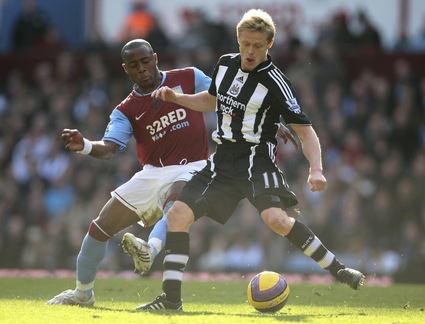 8. Nigel Reo-Coker (Aston Villa) – 63 fouls
Much like Boateng before him, Reo-Coker is a midfielder who gets through a lot of dirty work. The young Englishman appears on this list because he’s doing his job well. 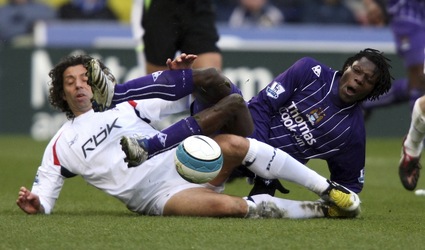 7. Benjani (Man City) – 64 fouls
One of the most physical strikers in the Premier League, he always gives as good as he gets. 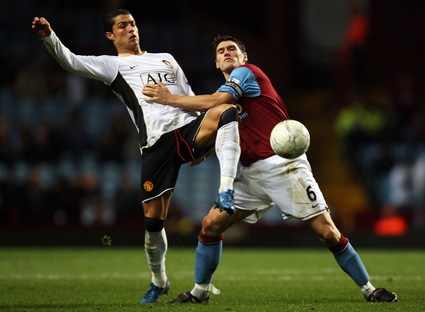 6. Gareth Barry (Aston Villa) – 64 fouls
Barry may have a clean-cut image, and I wouldn’t call him a dirty player, but he is not afraid to get stuck in. 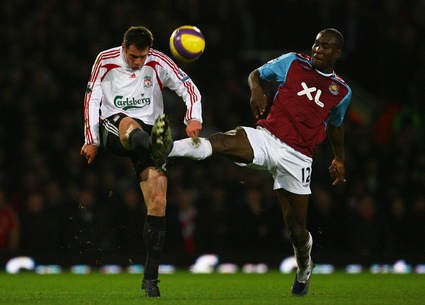 5. Carlton Cole (West Ham) – 66 fouls
Perhaps not the West Ham player you might expect to make this list – I’d have guessed Mark Noble – but Cole is a big unit with a nasty side to his game. 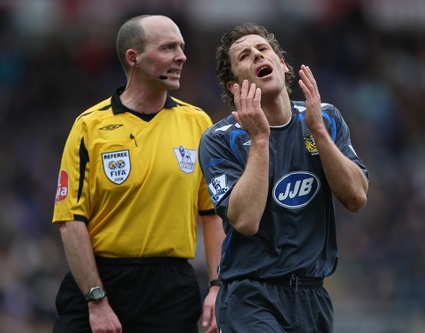 4. Michael Brown (Wigan) – 74 fouls
Ah, Mr Brown, fancy seeing you here… Wigan’s feisty little enforcer has previous, so it’s no surprise to see that he’s up near the top of the foul list again this season.
And the medal winners… 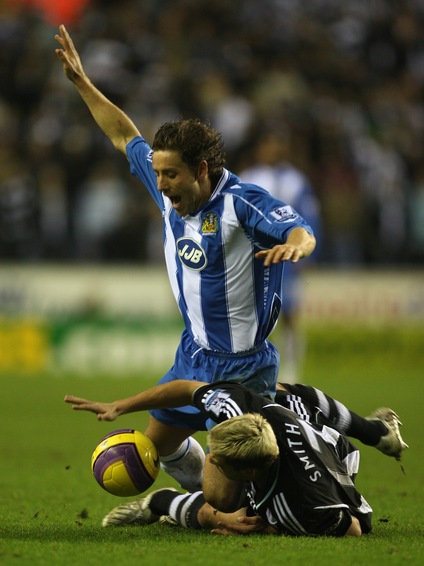 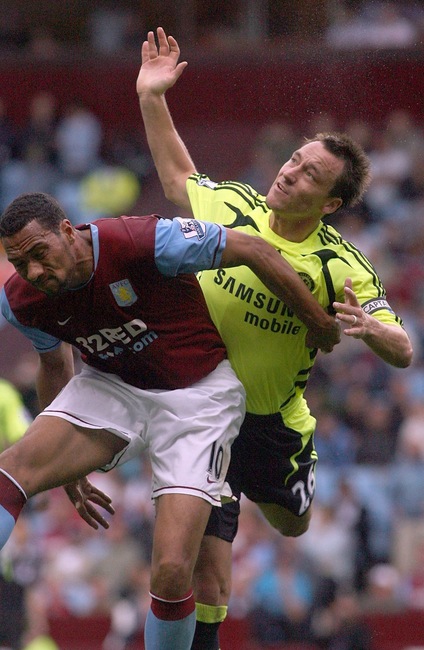 2. John Carew (Aston Villa) – 78 fouls
The third Villa player on the list (and the fourth to wear claret-and-blue) is a menace to defenders around the league. Carew is bigger and harder than most opponents, and he loves to let them know it. 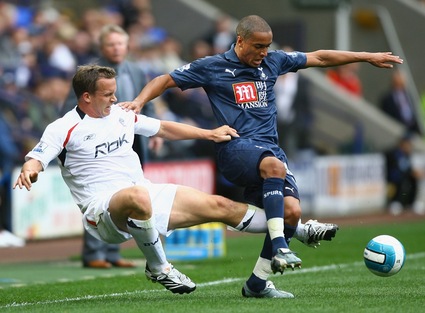 1. Kevin Davies (Bolton) – 82 fouls
Congratulations to Kevin and Bolton, who will finish top of one table this season. Davies relishes the physcial aspect of football, but he might have been more successful in a different era.