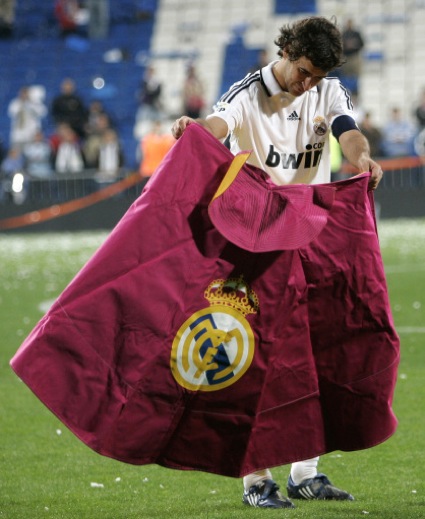 Raul (Spain)
The Real Madrid captain failed to make the Spanish squad after falling out with head coach Luis Aragones following the 3-2 loss to Northern Ireland in 2006, during the Euro 2008 qualifying campaign.
Will Spain miss him? Probably not, at least if Fernando Torres and David Villa stay fit. 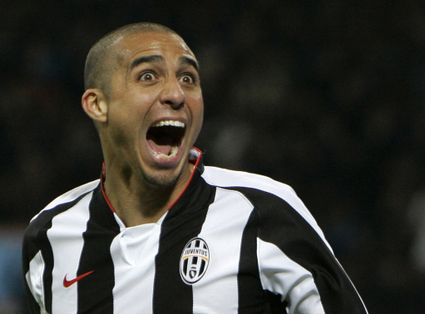 David Trezeguet (France)
Despite scoring 20 goals for Juventus this season, Trezeguet failed to convince France coach Rayond Domenech that he’s worth a place even in the 30-man preliminary squad for the Euros. Trezegol took the news well: “”What’s happened to me is unacceptable and inexcusable… On the pitch I’ve shown that I deserve my place. The choices made are incomprehensible, I deserve to go to the Euros.”
Will France miss him? He is a proven goal-scorer at the highest level, so there’s every chance they will. Especially with mercurial (i.e. wildly inconsistent) strikers like Thierry Henry, Nicolas Anelka and Karim Benzema above him in the pecking order. 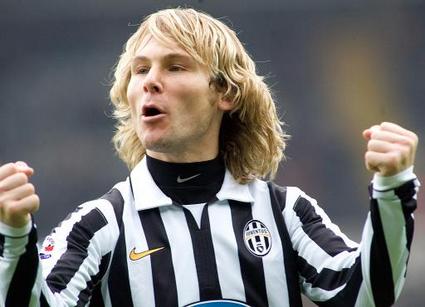 Pavel Nedved (Czech Republic)
The Czech legend retired from international football after the 2006 World Cup, but there had been recent rumours that he might come out of retirement for these Euros. However, he wasn’t named in the Republic’s 23-man training squad, ending all talk of Nedved’s return.
Will the Republic miss him? To be honest, at 35 Nedved is at least five years past his best. He could have made an impact from the subs’ bench, but it’s right that the Czechs looks to the next generation. 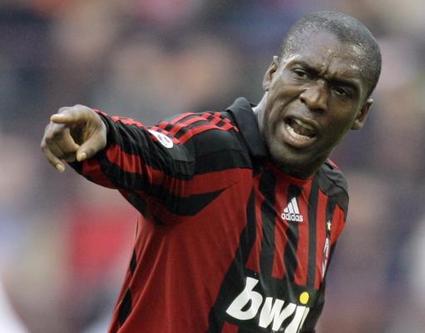 Clarence Seedorf (Holland)
Seedorf pulled out of the Netherlands’ provisional Euro 2008 squad after finding it difficult to work under coach Marco van Basten. “I was surprised by his announcement. I didn’t expect it. I told Clarence that I respect him as a player and human being but he made his decision,” Van Basten said.
Will Holland miss him? Seedorf is a class act, but if his head isn’t right, it’s best not to take him. And at 32, he has seen better days. 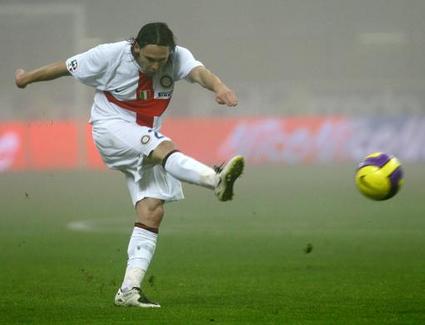 Maniche (Portugal)
Maniche was one of the stars of the previous Euros, but he hasn’t made the cut this time around. The former Porto and Chelsea midfielder schemer has apparently paid the price for failing to secure a regular place at Inter, where he is on loan from Atletico Madrid.
Will Portugal miss him? On his day, Maniche is a fine player. But he hasn’t had many of those days in the last four years. Potugal will cope without him. 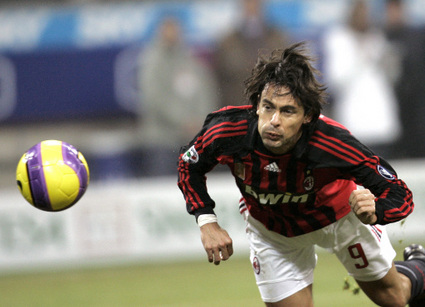 Filippo Inzaghi (Italy)
The 35-year-old goal poacher was excluded at the expense of Antonio Cassano, a decision which surprised many – Inzaghi is a natural goalscorer, if not a natural footballer, whereas Cassano is one of the least reliable players in the world. Inzaghi’s international career is now over.
Will Italy miss him? Italy’s strikers don’t exactly strike fear into opposition defenders, but Inzaghi is another thirtysomething whose time is up. Answer: no, they wont miss him.
Is it just a coincidence that five of these six play in Serie A?