He’s a goalkeeper, Jim, but not as we know it 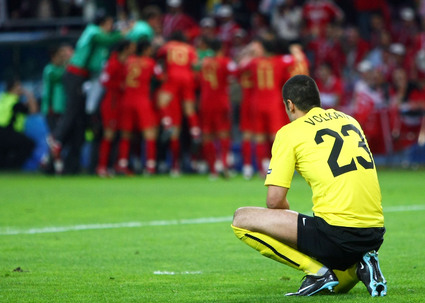 4. It is not too often you see a team containing Cristiano Ronaldo, Deco and Nani outdived by the opposition, but Turkey managed it.
5. A great performance from Colin Kazim Richards. The English-born striker seems to be angling for a move back to the Premier League, and with displays like that a few clubs might be interested.