Not a good night Vienna, but it could have been worse 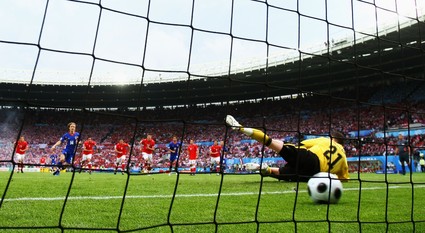 1. It is not a good idea to give away a stupid penalty three minutes into your opening game as hosts of a tournament.
2. So much for whipping boys. Aside from the first half-hour, the hosts were the better team.
3. Croatia’s pony-tailed physio looks like he would be better suited to a career as a roadie to Slaven Bilic’s band Rawbau. Maybe he is.

4. Considering it didn’t look particularly promising on paper, that was arguably the most exciting match in the tournament so far.
5. There was a few too many referees on the pitch. What was the deal with all the diving to the floor and handling the ball to award yourself a free kick? Roland Linz and Niko Kovac were the chief culprits.