Putting three past an Italian defence? How Ruud 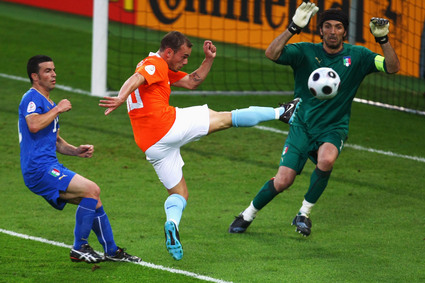 4. Who would have thought we would be talking about Italy’s defensive frailties in the first week of a major tournament? Italy – Cannavaro = shaky.
5. There were some outstanding saves from arguably the best two goalkeepers in the tournament. The score would probably have been something like 5-2 with lesser men between the sticks.