Who’s shone in the first round of group games? Here’s who…
Pepe (Portugal) 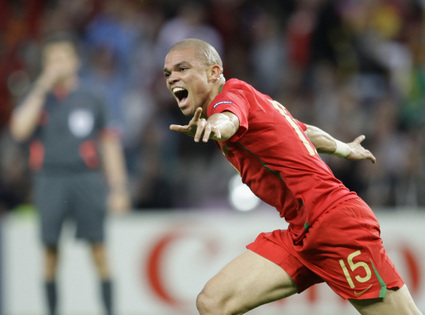 Strong and athletic at the back, and threatening when he ventured into the opposition box. Scored one fine header against Turkey, and had another disallowed. Had the odd lapse in concentration, but overall he was hugely impressive.
More below… 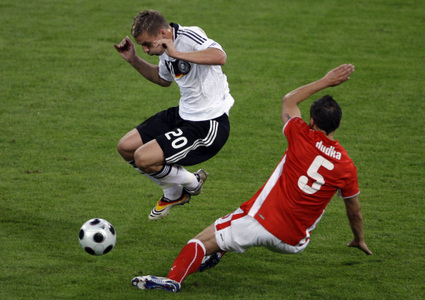 Brilliant and dynamic out wide, and just as good through the middle. L-Pod terrorised Poland’s defence – who were distracted by Mario Gomez and Miroslav Klose – in a two goal, man-of-the-match performance.
Wes Sneijder (Holland) 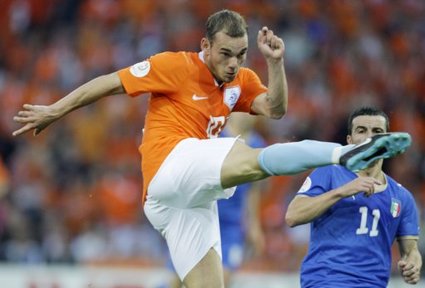 A revelation for the Dutch: great with both feet, composed on the ball, can beat a man if he has to. He ran the show against the world champions, and fully deserved his goal. On this evidence, it was easy to see why Real Madrid played â‚¬27m for him.
David Villa & Fernando Torres (Spain) 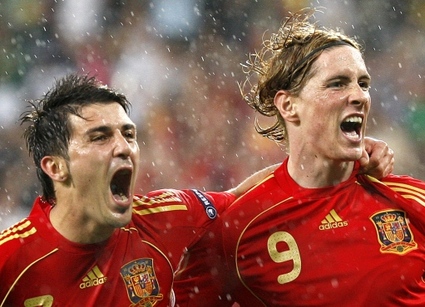 We can’t have one without the other. Villa may have got the hat-trick against Russia, but he wouldn’t have done so without the unselfish brilliance of his striking partner. Is there a better strike partnership at the tournament. No, is the short answer.
Freddie Ljungberg (Sweden) 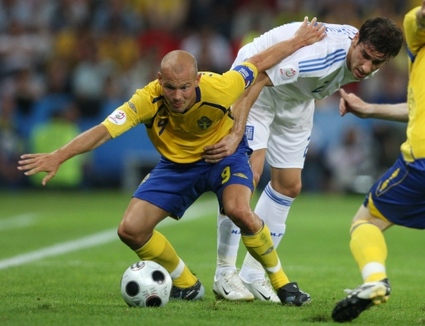 West Ham fans who happened to tune into Sweden’s game against Greece last night may have wondered who was that bald chap running around the place like a 21-year-old, causing havoc? Why, it was none other than their own Freddie Ljungberg, looking nothing like the old man who rarely turns out in a claret-and-blue shirt.
That’s my shout. Who have you been impressed with?
Sponsored message from our partners Betclick.
Tonight’s betting: Portugal to the Czech Republic 3-0. Bet Â£10 win Â£150- all the match odds here
Free Â£10 bet for new members at BetClick. Pies special offer click here.