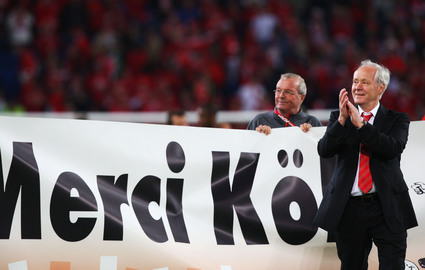 1. Portugal’s reserves are on the bench for a reason. The second string (Big Phil Scolari made eight changes) lacked the edge of the first-choice team.
2. The result was a fitting farewell to Kobi Kuhn. Switzerland’s first victory in a European Championship match in his game in charge.
3. And bemoaning the trip back to Switzerland from erm, Switzerland was a bit rich. Kuhn said: “Although we’re going home we did the most important thing – making our fans happy.”

4. Big Phil Scolari must be wondering whether it was worth upsetting his side’s momentum to rest a few players.
5. Switzerland must be kicking themselves for conceding that late goal against Turkey in their last match. It could have been very different.