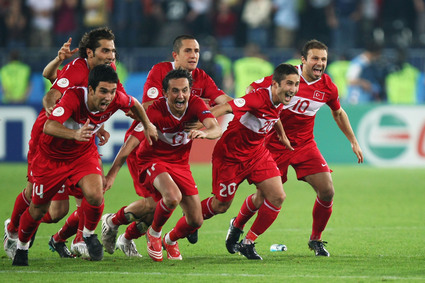 1. Sometimes the best team doesn’t win. How did Croatia not win that? They deserved to progress, but Turkey are through. That’s football for you.
2. I wish I had only switched on for the last minute of extra time! If ever a game didn’t deserve to go the distance this was it. A truly awful 119 minutes but what a finale.
3. Croatia might have prevented England from qualifying, but they seem to have picked up our love of penalty shootouts from Wembley. Two off target and one saved – we would be proud of that!

4. Rustu Recbu ain’t what he used to be. He put in one of the dodgiest performances from a keeper in the whole tournament, nearly throws the match away with that silly mistake for Croatia’s goal, and still ends up the hero after penalties!
5. Turkey are not going to be able to field a team in the semi-finals. Half their squad is suspended or injured.