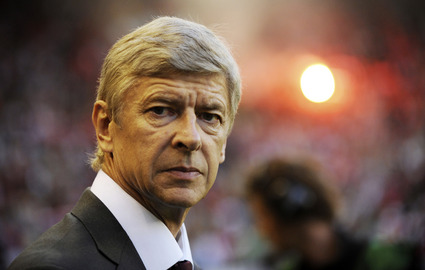 “I didn’t know the English were good at swimming. I have been in this country for 12 years and I haven’t seen a swimming pool.”
Arsene Wenger (again) in “didn’t see it” shock
“I did not expect to lose a goal at a set piece to a header from a guy who is 5’8.”
Alex Ferguson, less than happy after Obafemi Martins leaped like a salmon at Old Trafford

“If the England manager tells you to lose weight then that’s what you do, you do whatever it takes. I feel good for it. Pizza will always be my favourite food but it’s a case of not eating it all the time.”
Dean Ashton, always on a yo-yo diet. Good to see just how professional English players are today – should he really need to be told to lose weight? Pathetic
“If I had been laughing when I was on the bench, people would say I was an idiot. Eric Cantona never smiled, but I don’t know if anyone ever asked him why he didn’t look happier.”
Dimitar Berbatov lines himself up to be the next King of Old Trafford. Subtle
“We won the trophy for the most unlucky team last year. Is it a trophy to finish 12th and win the Carling Cup? The real quality of a big club is to fight for the championship.”
Arsene Wenger (yes, again) gets a moan in early…Â and a blatant dig at Tottenham