The players (and owners) who came in from the cold 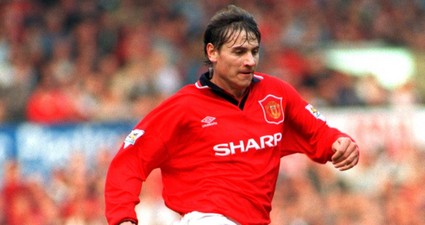 1. Andrei Kanchelskis
Ukrainian by birth, but he played for Russia and we are not here to sort out Eastern European politics. Kanchelskis was undoubtedly the Premier League’s greatest on-field Russian to date. The flying winger had very successful spells with both Manchester United and Everton.
2. Dimitri Kharine
Chelsea’s Russian link years before Roman Abramovich came on the scene. Kharine was a mainstay of the Blues’ team during the mid-1990s. Although his most high profile moment came when he conceded four goals against Manchester United in the 1994 FA Cup final, he was a decent keeper until his injuries got the better of him.
3. Roman Abramovich
Talk of the devil. The Premier League’s most famous Russian at the moment. The story is a well-known one: man makes money in oil, buys football club, spends lots of money, sacks managers, doesn’t win European Cup.

4. Alexandre Gaydamak
The Premier League’s other Russian owner. The Portsmouth chairman is a French national with an Israeli passport, but his heritage is Russian. His impact on Pompey seems to be positive so far with the club reaching the FA Cup final last season.
5. Alexei Smertin
Brought to Chelsea as Roman Abramovich’s token Russian in 2003. He never really established himself at Stamford Bridge, but did have a decent loan spell at Portsmouth.
6. Roman Pavlyuchenko?
Not the Russian Euro 2008 star we expected to be at White Hart Lane this season, but it seems Spurs have now settled on the man they want to fill the shoes of both Robbie Keane and Dimitar Berbatov. He is expected to complete his move from Spartak Moscow by the end of today.