A memorable third round, with plenty of shocks, although you can’t help but feel that several Prem managers will quietly be very happy to be out of the competition this morning. Sad but true – not being relegated is now way more important than a decent cup run that would (at best) probably end in semi-final defeat against Man Utd or Chelsea.

Our pick of the best pics from the weekend’s FA Cup action: 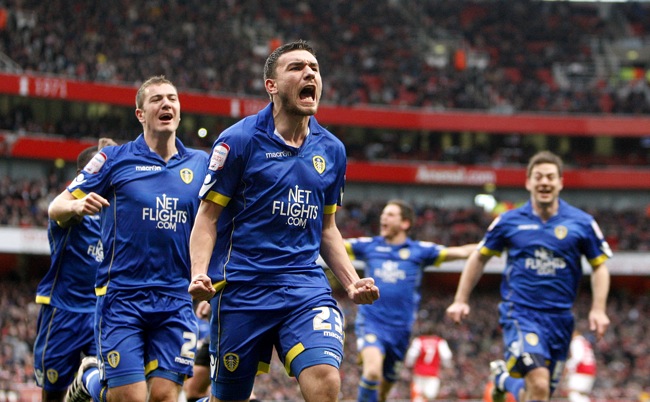 Leeds United’s Robert Snodgrass celebrates after scoring his team’s opening goal against Arsenal. The Gunners scrambled a 1-1 draw with a late Fabregas penalty, 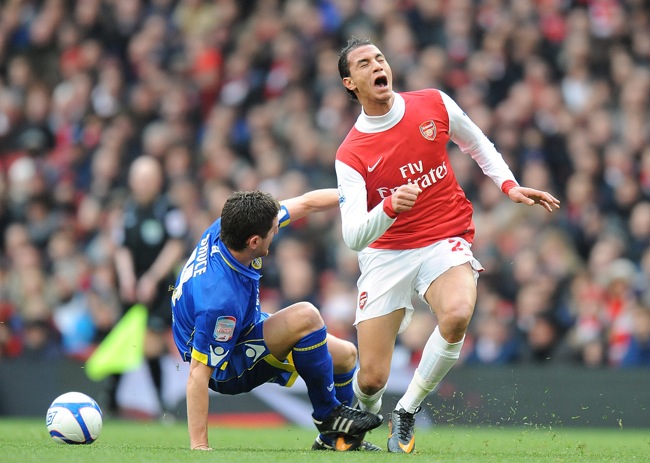 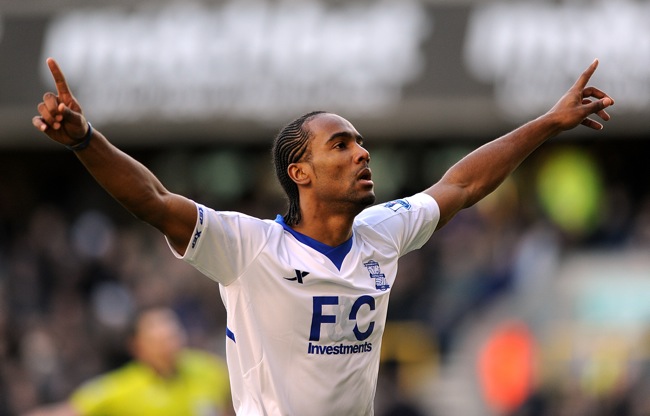 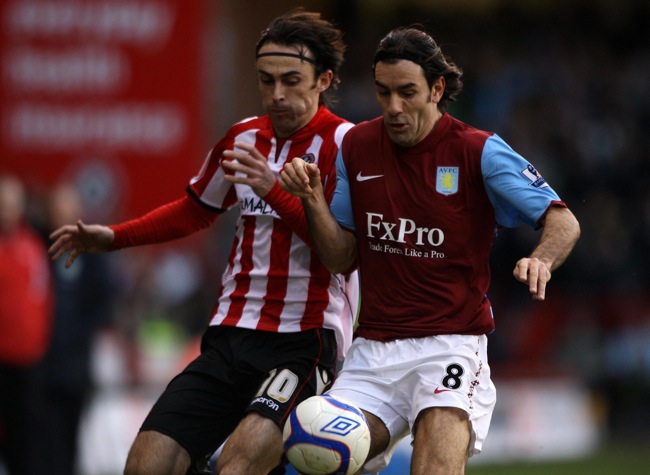 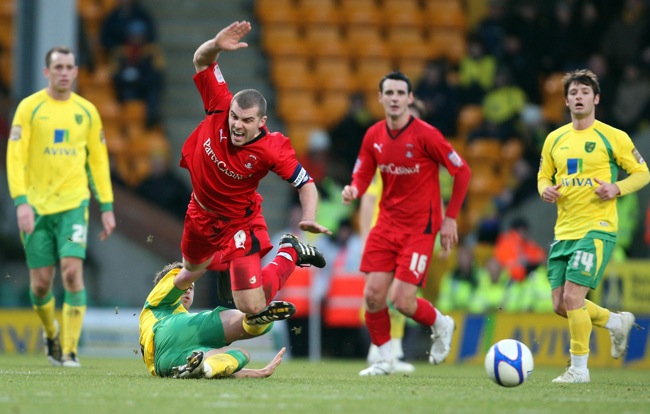 Leyton Orient’s Stephen Dawson is fouled by Norwich City’s David Fox. The Os won 1-0, a wonderful result and one of the less-reported shocks of the weekend. 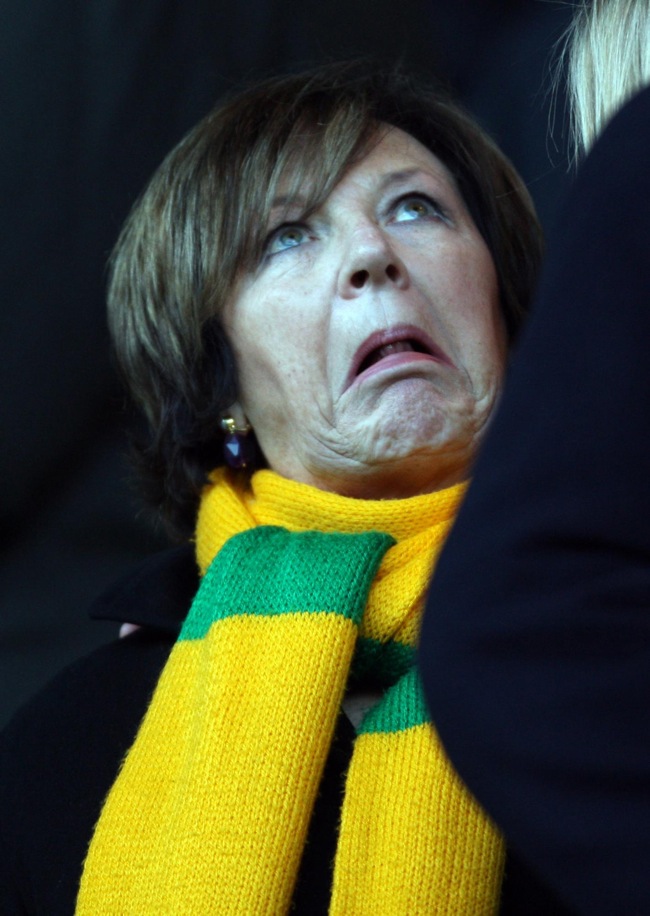 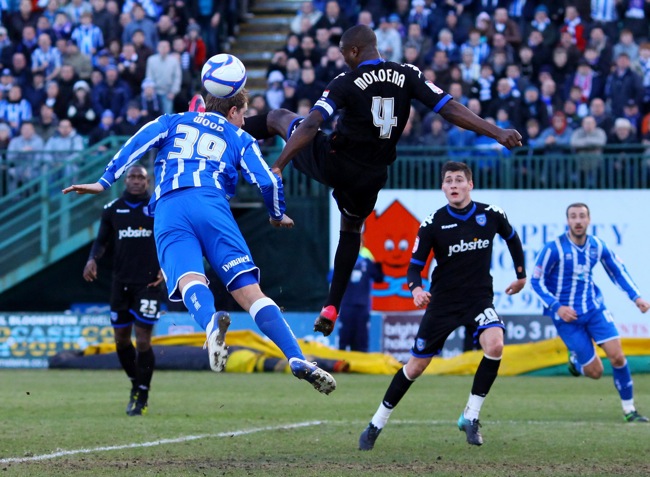 Brighton and Hove Albion’s Chris Wood (left) bravely dives for a header against Portsmouth’s Aaron Mokoena. Albion won 3-1 – what you might call a predictable upset. 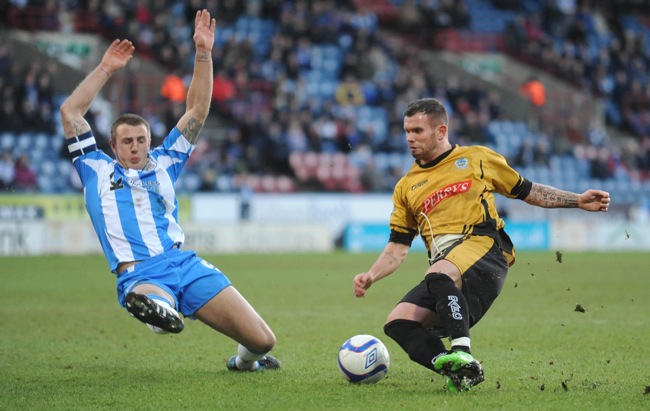 Huddersfield Town’s Peter Clarke (left) and Dover Athletic’s Adam Birchall battle for the ball. There was no Cup fairytale for Dover, who lost 2-0. 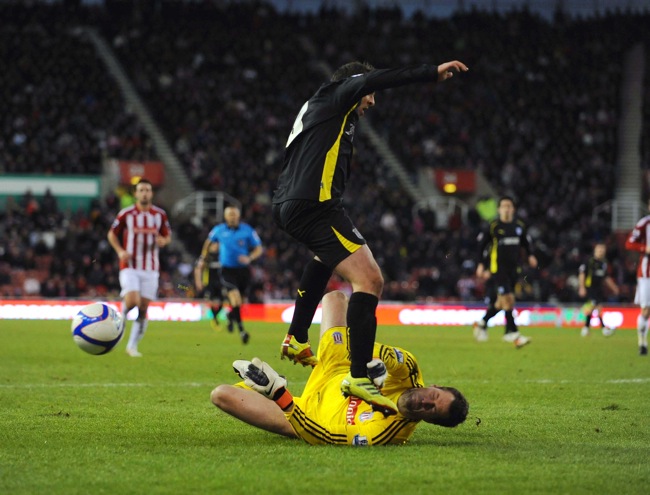 Stoke City’s goal keeper Thomas Sorensen gets to the ball ahead of Cardiff City’s Michael Chopra. The match ended 1-1. 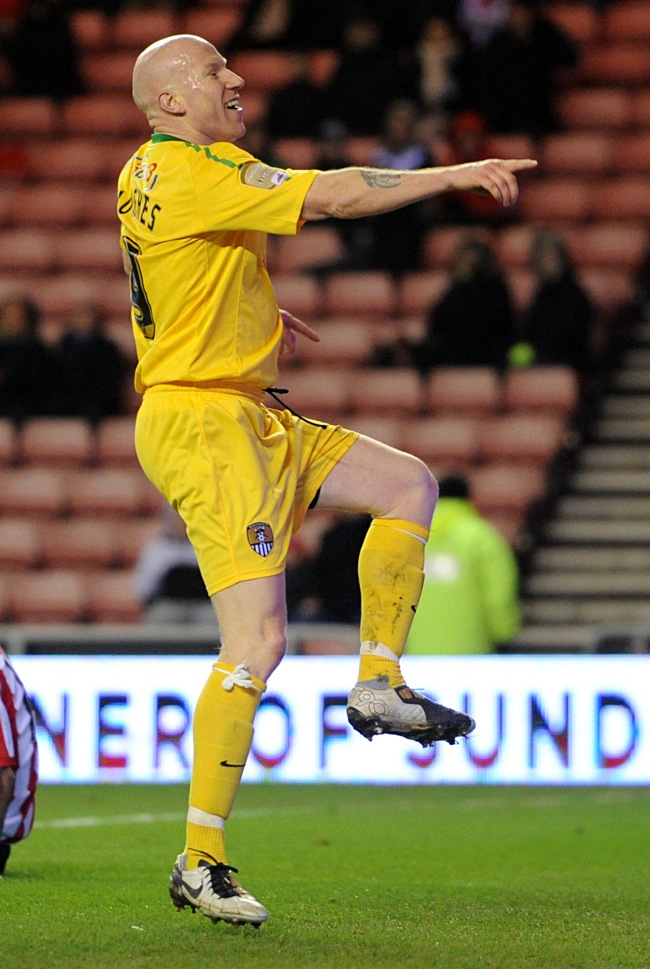 Notts County’s Lee Hughes celebrates with a jig after scoring against Sunderland. County won 2-1, but I doubt Steve Bruce will be too upset to be out of the competition. 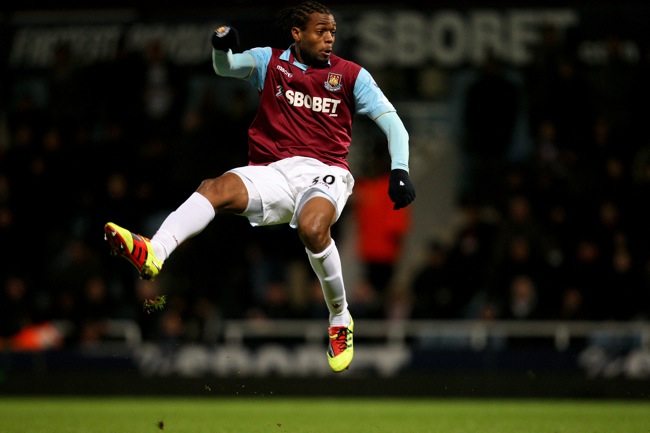 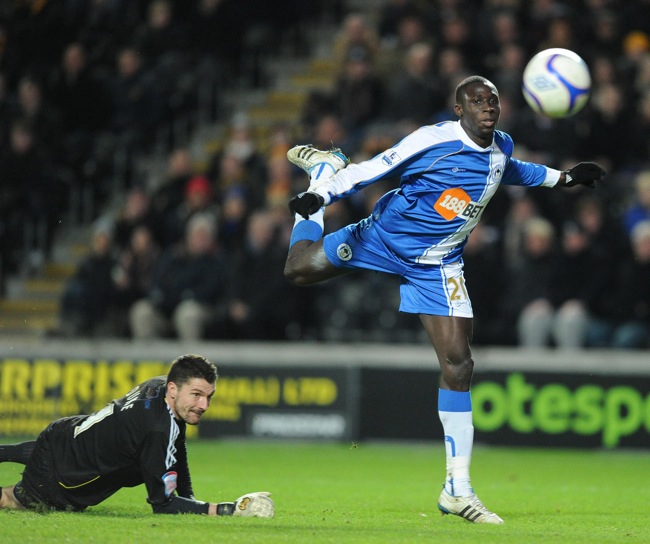 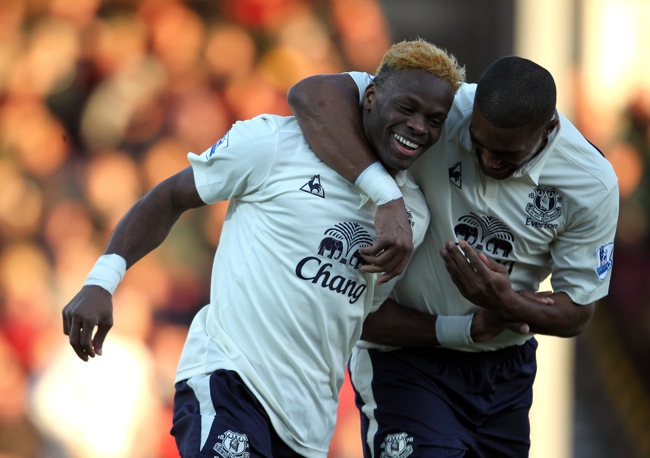 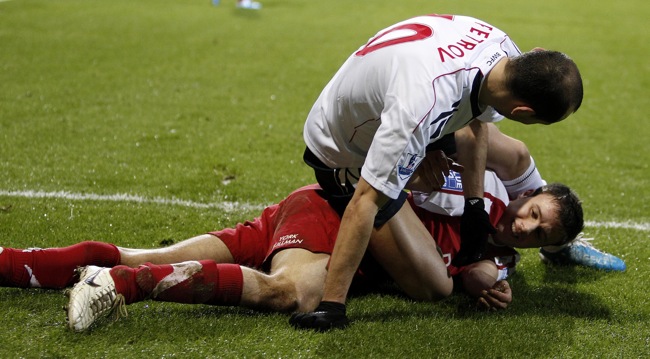 Bolton Wanderers’ Martin Petrov and York City’s Jonathan Smith get down and dirty. Bolton won 2-0 but York gave a good account for the White Rose. 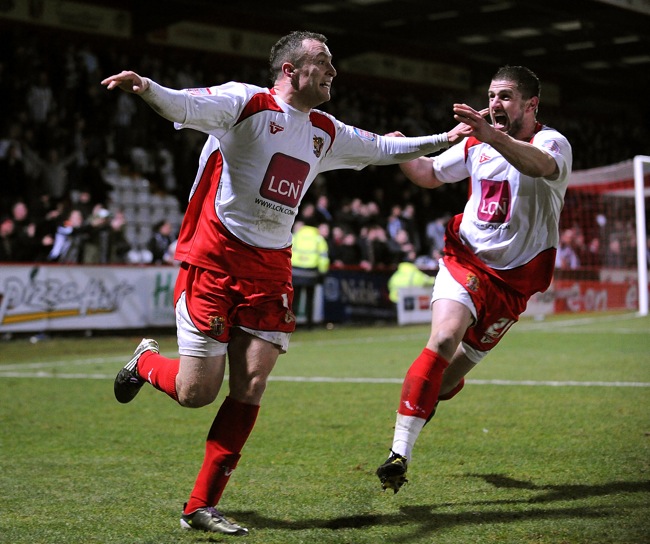 Stevenage’s Peter Winn (left) celebrates scoring his side’s third goal of the game with teammate Michael Bostwick. Stevenage beat Newcastle 3-1 to register one of the biggest upsets of the weekend. 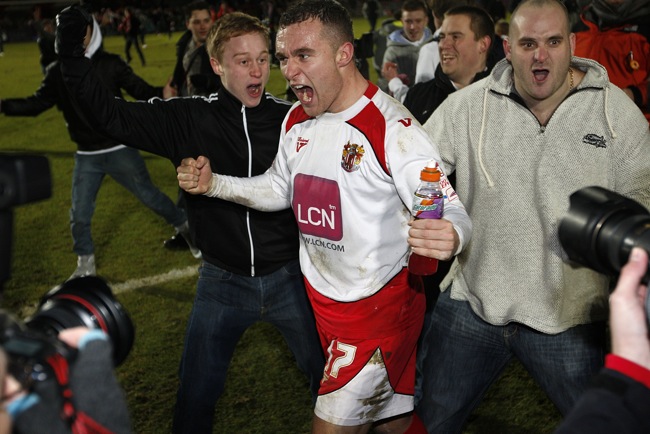 Stevenage’s Peter Winn is mobbed by fans as he celebrates victory against Newcastle after the final whistle. The celebrations were marred slightly when Stevenage defender Scott Laird was laid out by one of his own supporters. 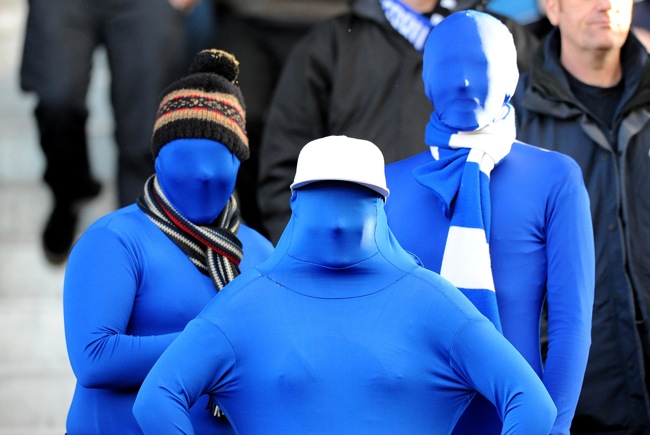 Peterborough United fans in fancy dress for their side’s trip to Fulham; the Cottagers won 6-2. 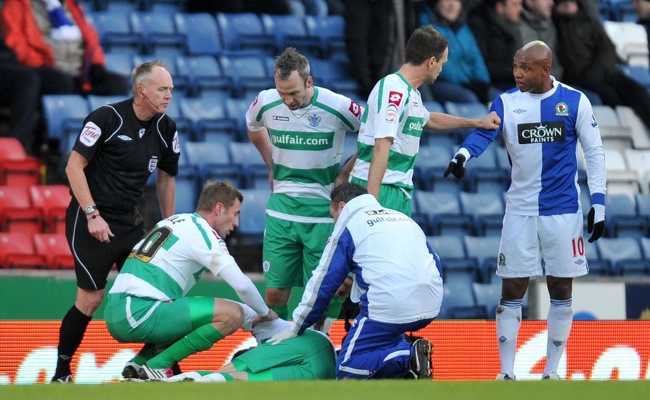 The ever-charming El-Hadji Diouf gets involved after QPR’s Jamie Mackie suffered a leg break. Mackie later called Diouf a “disgrace”. Tell us something we don’t know. 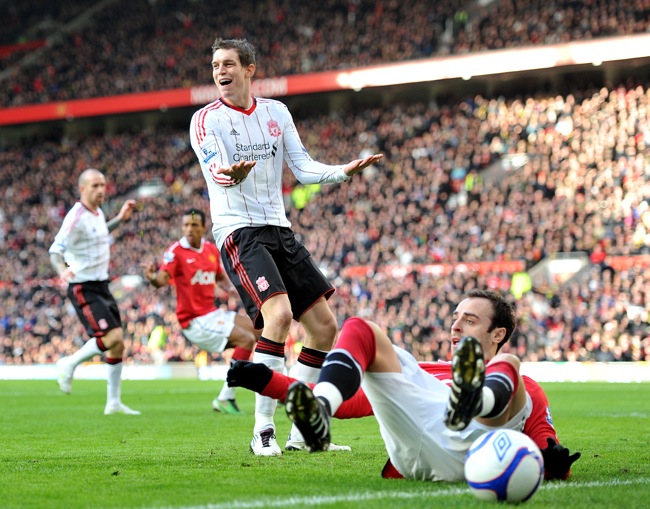 Manchester United’s Dimitar Berbatov looks towards the assistant referee as he appeals for a (soft) penalty after a tackle by Liverpool defender Daniel Agger. United did get a penalty, which Ryan Giggs duly converted. It was the only goal of a fraught match, in which Liverpool skipper Steven Gerrard was sent off for a poor tackle on Michael Carrick. 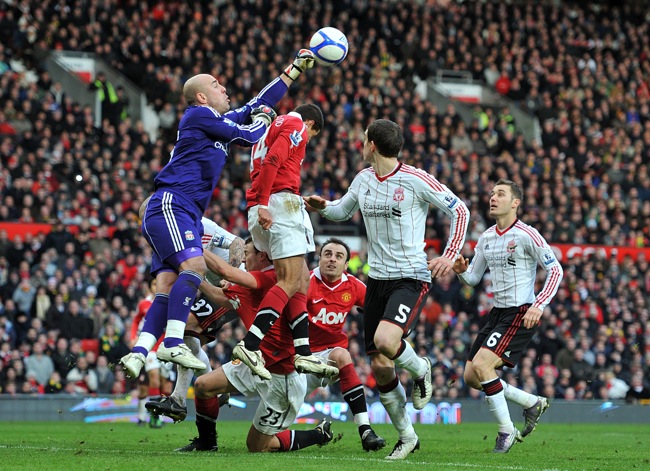 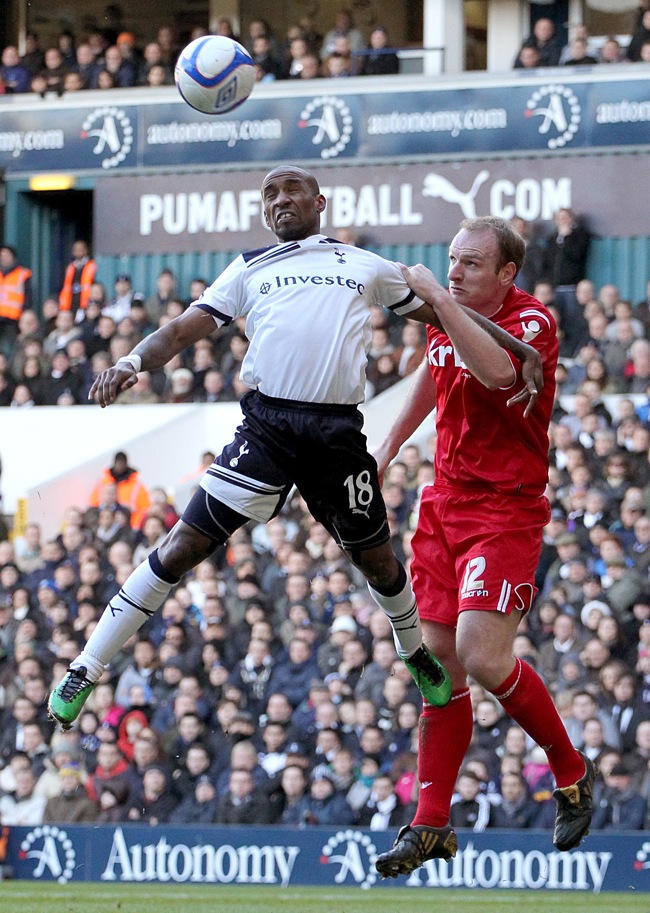 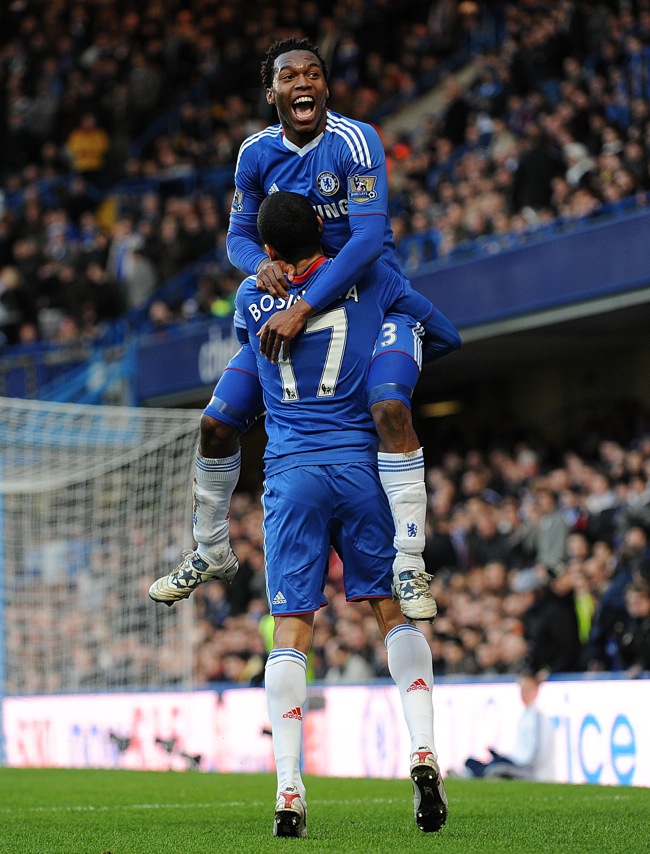 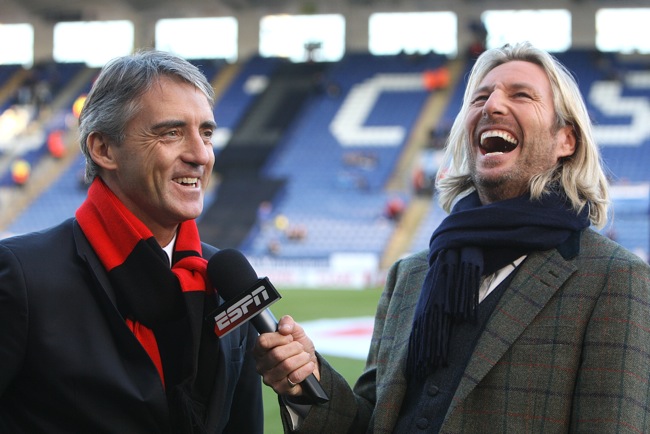 Manchester City manager Roberto Mancini (left) is interviewed by ESPN presenter (ahem) Robbie Savage before City’s match at Leicester. The pair played together for the Foxes and remain friends. 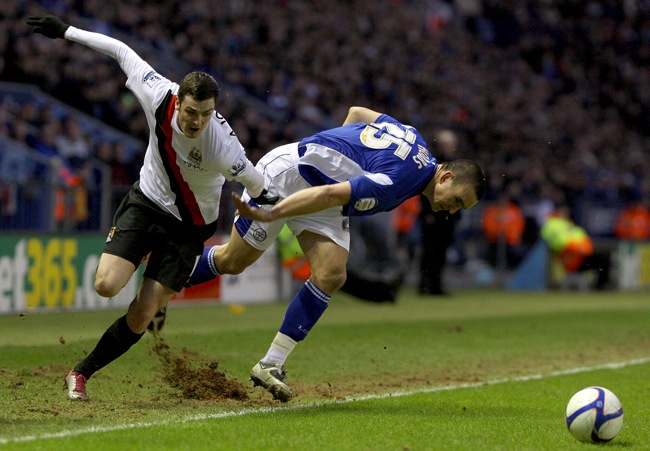 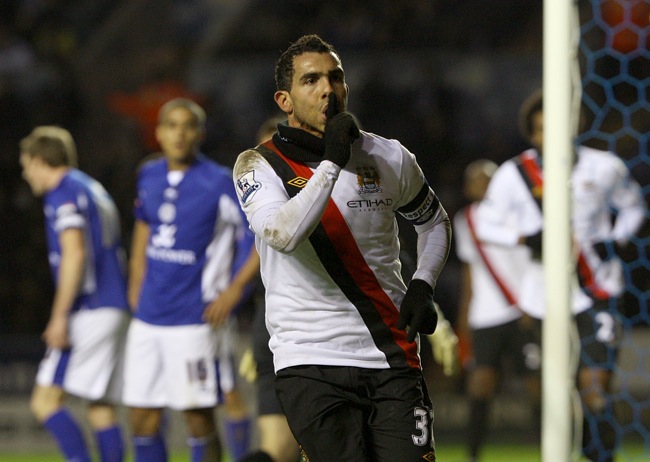