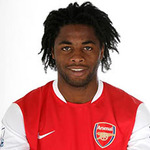 10. Alex Song (Arsenal)
Not so long ago, many Gooners wondered what Arsene Wenger saw in the young Cameroonian midfielder. But after a string of impressive performances in the second half of this season, Song has leapfrogged Denilson and Abou Diaby in the contest to be Cesc Fabregas’ midfield partner. I’m not sure he’ll ever be as good as the likes of Michael Essien, but at 21, there’s certainly a lot more room for improvement.

9. Clint Dempsey (Fulham)
We all know Deuce has the talent to play at the highest level -Â the 2006 World Cup proved that. But he’s a confidence player, and until the arrival of Roy Hodgson at Craven Cottage, Dempsey appeared to lack confidence and self-belief. Not now. Thanks to the backing of Hodgson, who was unsure about the American at first but has since realised how good he is, Deuce has come into his own this season, and has been one of Fulham’s best players. 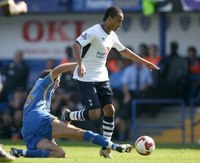 8. Benoit Assou-Ekotto (Spurs)
If you’d have asked me this time last year if Benny would still be at Spurs, I’d have said “No way.” After some dodgy performances in 07/08 (the hangover from a knee injury picked up in December ’06), it seemed that A-E’s Tottenham days were numbered. But, to my surprise, he has been one of Spurs’ best players this season -Â all Yids have noticed a massive improvement in a player they had written off. Harry Redknapp said of him: “I think he has been injured before but I have been very impressed with him this season as he has been in great form. He has looked an outstanding left-back.” Indeed he has.

7. Steven Pienaar (Everton)
I’ll leave it Phil Neville to sing the praises of little Steven: “… He is a top, top player. One of the best I’ve played with since I’ve been at Everton. He has been our best player [this season] by an absolute mile. He’s an infectious player and he gets on the ball and wants the ball.” I couldn’t put it better myself… actually, I could: At Â£2m, the dynamic Pienaar is one of ther best Prem bargains in recent years. Everton fans will be praying that none of the Big Four comes in for him this summer. 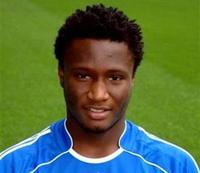 6. John Obi Mikel (Chelsea)
He’s improved a hell of a lot since last season, and is beginning to fulfil his huge potential -Â training and playing alongside the likes of Michael Ballack, Frank Lampard and Michael Essien is bound to improve your game. And he’s still only 22, so it’s scary to think how good he will be in five years’ time.
Part 2 to follow tomorrow…