It wasn’t a vintage season, but there were enough memorable moments for it to qualify as an entertaining season. Here, in no particular order, Pies lists its highlights 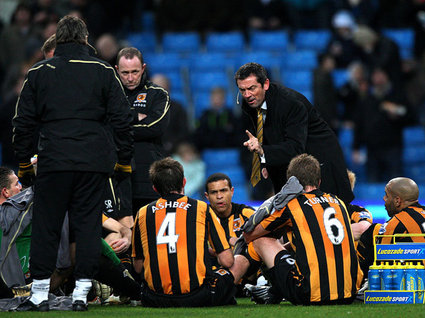 Phil Brown’s public team talk
Trailing 4-0 at half-time against Man City, a disgusted Tan Man decided to upbraid his useless players out on the pitch. It’s not the first time a manager has publicly humiliated his players, but it’s become the most infamous. In the wake of this incident, Hull nosedived and only just pulled up in time to stay in the Prem. And can you spot the member of Hull’s coaching staff who’s clearly thinking, “What a dick”?

David Bentley Goal for Tottenham Vs Arsenal on 29/10/08 – Funny home videos are a click away
David Bentley scores the goal of the season, v Arsenal…
… But has anyone seen him since? (Apologies for crappy vid quality – it was the best I could find) Bentley’s season has gone from the sublime to the ridiculous. 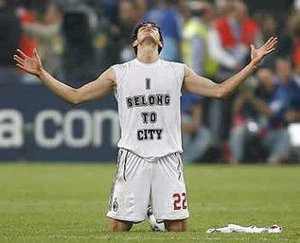 Man City become the richest club in the world
Money can’t buy you love. Nor Kaka. Nor a top-six finish. Can’t wait to see how Sheikh Mansour bin Zayed Al Nahyan’s billions will be spent this summer though. 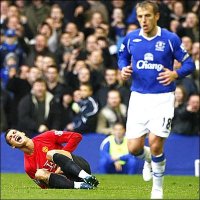 Phil Neville’s tackle on Cristiano Ronaldo
P-Nev’s reducer on C-Ron was applauded by 99% of fans up and down Britain. The tackle even has its own Facebook group. Watch the tackle here


Berbatov’s touchline trick
Poetic. The best assist of the season, without question. 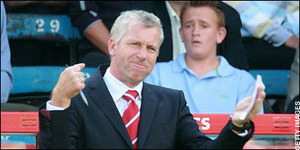 Alan Pardew gets rapey
Man City v Chelsea, Match of the Day 2. Michael Essien clatters into Ched Evans. Pardew responds with this magical piece of punditry: “He’s a strong boy. He knocks him off, he absolutely rapes him.” Pardew never returned to the MotD couch.

Ricardo Fuller slaps his captain
No one told Ricardo that it’s not the done thing to hit your own skipper during a game, but it didn’t seem to damage Stoke’s survival bid. In fact, after the incident, which took place in December, their form improved – though the January signing of James Beattie had a lot to do with that.

Rafa’s controlled rant
Rafa confuses facts with mind games. Or is it the other way around? Either way, this was neither necessary nor a good idea. For everyone but Liverpool fans, who watched it through their fingers, it was most enjoyable. 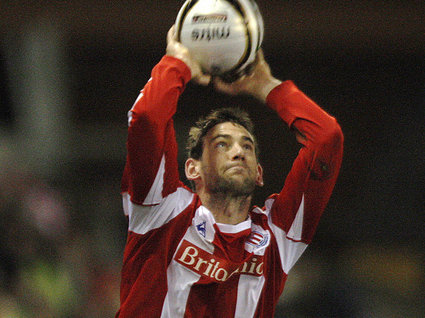 The horror of Rory Delap’s throw-ins
It should be relatively easy to defend a throw-in. But Delap’s heaves gave defences nightmares all season. Example: Hull keeper Boaz Myhill conceded a corner on purpose, rather than defend against a Delap chuck.

Still no Justice for the 96
No police officer has ever been prosecuted for events that occurred at Hillsborough in 1989. And didn’t Liverpool fans let Culture Secretary Andy Burnham know it. 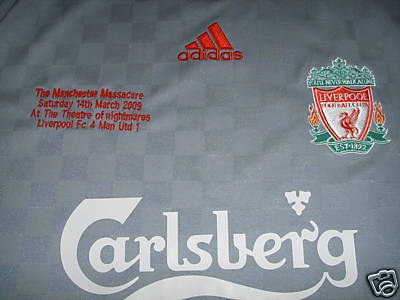 The official commemorative Liverpool shirt
Still makes me chuckle.
What was your favourite moment of the season?