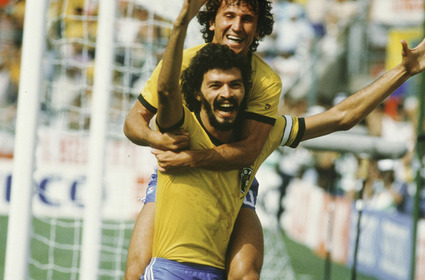 Pies needs you! To support England’s 2018 World Cup bid, I want to hear your all-time World Cup XIs (in a 4-4-2 formation).
John Barnes, who is one of the ambassadors for the bid, has chosen his all-time World Cup XI – all you have to do is guess which players he chose.
The reader who gets closest to John’s team stands a chance of winning a rather lovely prize: a free ticket to England’s World Cup qualifier v Andorra, which kicks off on Wed 10 June at 8.15pm, courtesy of the FA’s bid team.
Details on how to enter after the jump…

To enter this competition, don’t leave a comment; instead email Pies with your World Cup XI (it’s not just English World Cup legends, you can have anyone, Brazilian, Dutch or whoever you like -Â remember, it’s in a standard 4-4-2 formation). And put “World Cup XI” in the subject field. (Competition closes on Monday 8 June)
Please note: a few other blogs and forums are also competing, but Pies will get the free England ticket if one of our readers gets closest to Barnes’ selection. So get your thinking caps on -Â then I’ll use your submissions to choose a composite team with which to enter the competition. If Pies wins, I’ll award the free ticket to one of you, randomly selected out of a hat. Hope this all makes sense!
So, time to get inside John Barnes’ head… who would he choose in a World Cup all-time XI? Hmm, will he pick Maradona as a forward or midfielder? That’s the toughest call of all…
LINK: England 2018 World Cup bid