Sir Bobby had a magical way with words, even if sometimes he struggled to get them in the right order…
1. “We can’t replace Gary Speed. Where do you get an experienced player like him with a left foot and a head?”
2. “What can I say about Peter Shilton? Peter Shilton is Peter Shilton, and he has been Peter Shilton since the year dot.”
3. “I would have given my right arm to be a pianist.”

4. “People want success. It’s like coffee, they want instant.”
5. “We’re flying on Concorde. That’ll shorten the distance. That’s self-explanatory.”
6. “Some of the goals were good, some of the goals were sceptical.”
7. “I do want to play the short ball and I do want to play the long ball. I think long and short
balls is what football is all about.”
8. “If you count your chickens before they’ve hatched, they won’t lay an egg.”
9. “Gary Speed has never played better, never looked fitter, never been older.”
10. “Ray Wilkins’ day will come one night.” 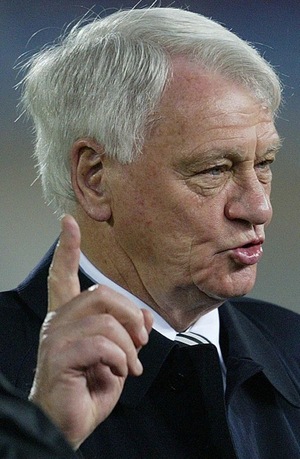