It’s been a relatively quiet summer in terms of star names coming into the Premier League, but there’s been a lot of interesting business conducted between Prem clubs. Here’s my selection of the best buys this summer (loan deals not included), with the benefit of some hindsight: 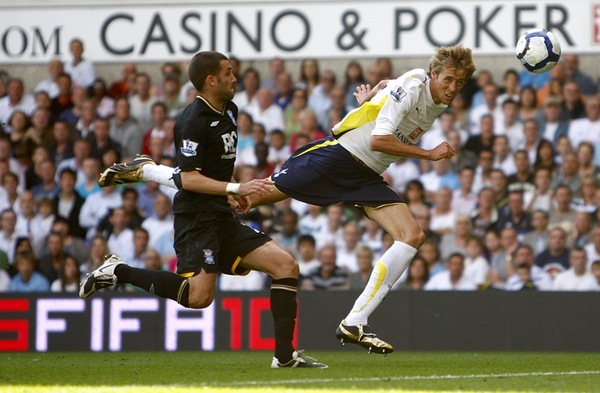 15. Peter Crouch (Portsmouth to Spurs)
The bottom line is: Crouchinho scares defenders and scores goals. With the World Cup coming up, he’ll fight tooth and nail for a starting place in the Spurs team, so expect him to show his best form this season. Could form a very tasty partnership with Jermain Defoe, both for Arry Redknapp and Fabio Capello. 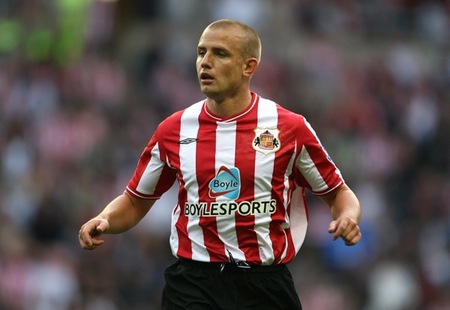 14. Lee Cattermole (Wigan to Sunderland)
Just the type of dynamic, box-to-box midfielder every Prem team needs. If he manages to control his natural aggression, he’ll be a valuable asset to Sunderland. 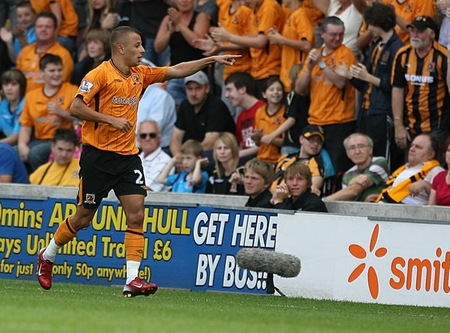 13. Kamel Ghilas (Celta Vigo to Hull City)
The waspish Algerian striker cost Hull just £2m and he looks a steal at that price. He’s already a firm favourite with Tigers’ fans and you can see why – Ghilas oozes confidence. 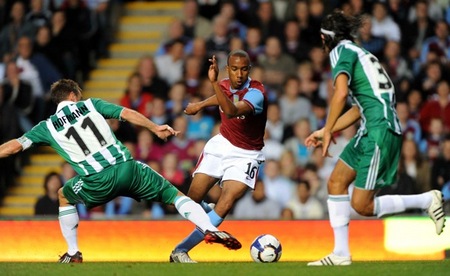 12. Fabian Delph (Leeds Utd to Aston Villa)
Martin O’Neill didn’t wait to chuck Delph in at the Prem’s deep end (he started in Villa’s first leage game of the season), which tells you how highly Villa’s gaffer regards the 19-year-old midfielder. Delph has all the talent in the world and will be a full England international within 18 months, I’m sure. 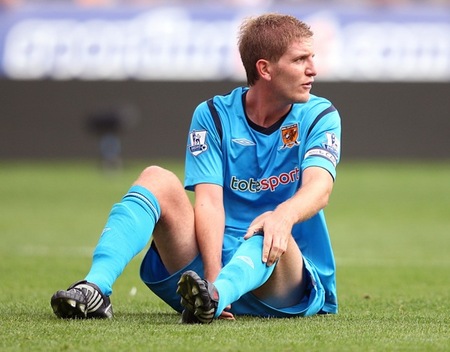 11. Michael Turner (Hull City to Sunderland)
We don’t know how much money the Mackems paid for Turner, but for Hull’s sake, I hope it was a figure not too far short of £10m. Hull fans must be gutted at the club selling their most consistent performer. 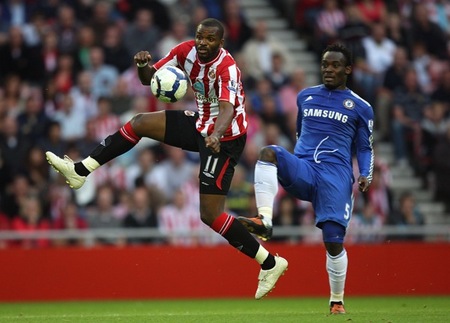 10. Darren Bent (Spurs to Sunderland)
Bent’s not fashionable or stylish but he scores goals. He looks much more confident and relaxed now and may even get close to England’s World Cup squad. 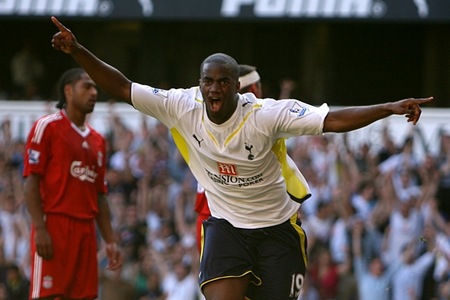 9. Sebastien Bassong (Newcastle Utd to Spurs)
The athletic Frenchman has settled in very quickly at the Lane and played a big part in the club’s fine early-season form. 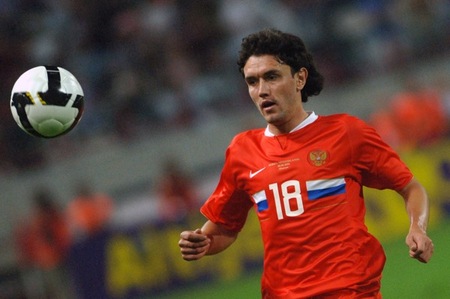 8. Yuri Zhirkov (CSKA Moscow to Chelsea)
The versatile Russian is yet to make his mark for Chelsea, but he looks a terrific, progressive player. His time will come. 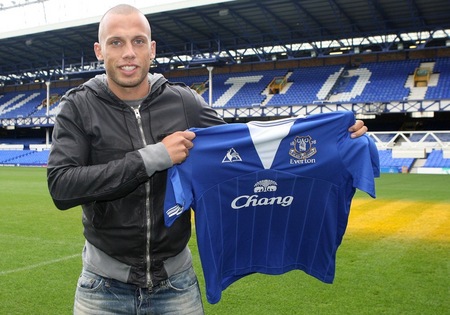 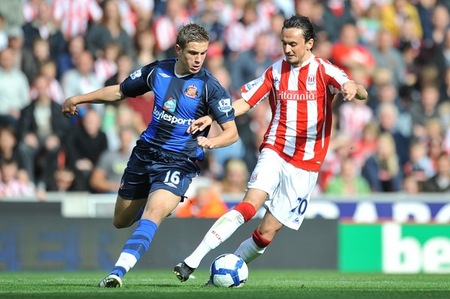 6. Tuncay (Middlesbrough to Stoke City)
I’ve long been a fan of the Turkish forward. He combines great natural ability with a terrific attitude and work rate. Not a combination you see enough of these days. 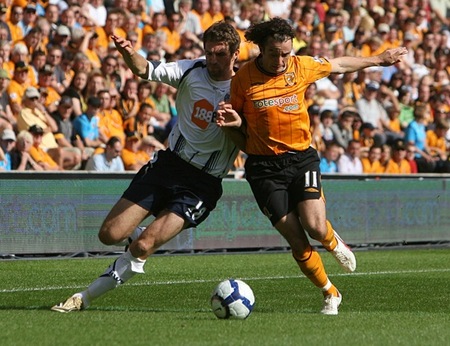 5. Stephen Hunt (Reading to Hull City)
Hunt is even more irritating and combative than Robbie Savage. He’s also a very good player who’s not afraid of getting stuck in, nor of venturing into the box from wide positions. I’d hate to play against him. He’s been Hull’s best player so far this season – £2.5m looks like a stone-cold bargain. 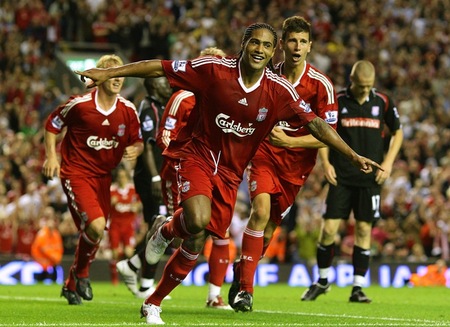 4. Glen Johnson (Portsmouth to Liverpool)
Johnson is hardly recognisable from the boyish defender we saw a couple of seasons ago. He’s reborn as a thrusting, goal-scoring wing-back. I rated Alvaro Arbeloa highly but Johnson gives Liverpool so much more going forward.
And on to my top three… 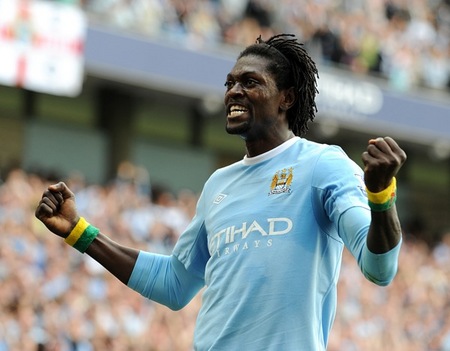 3. Emmanuel Adebayor (Arsenal to Man City)
No small degree of hindsight here, admittedly, but as Arsenal fans will tell you, when Adebayor is in the mood, he’s scarily good. Luckily for City fans, he does seem to be in the mood. WIND-UP ALERT: Gooners, you just didn’t love him enough. 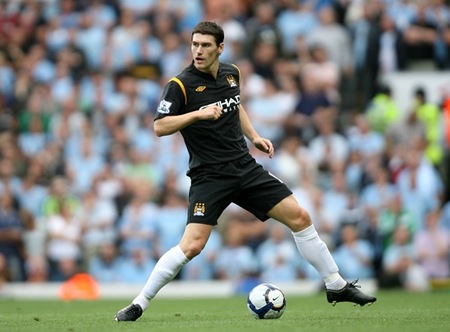 2. Gareth Barry (Aston Villa to Man City)
Villa fans know what you get from Barry, and now City fans know it too. You get excellence without fuss or drama, and you get it week in, week out, whatever the weather – his consistency is robotic. And let’s not underplay just how quickly he’s established himself as one of the first names on Mark Hughes’s team sheet. Truly a model pro. 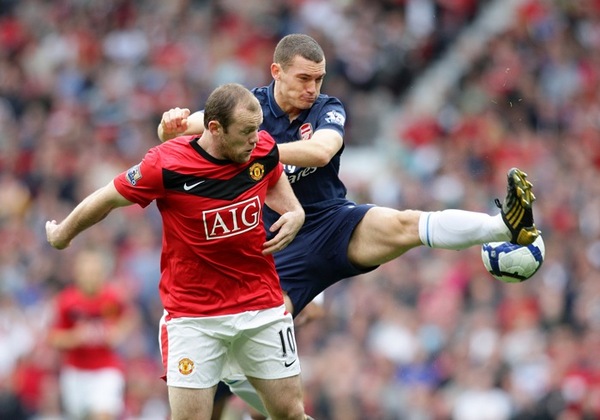 1. Thomas Vermaelen (Ajax to Arsenal)
The Belgian centre-back is too small for the Premier League, they said. They were wrong – and when you can jump like that, who cares if you’re 5ft4in? Sceptical Arsenal fans might reasonably have expected Vermaelen to take a month or two to adjust to the Prem but not a bit of it. The guy’s a natural.
Agree or disagree with my picks? Let’s hear it…