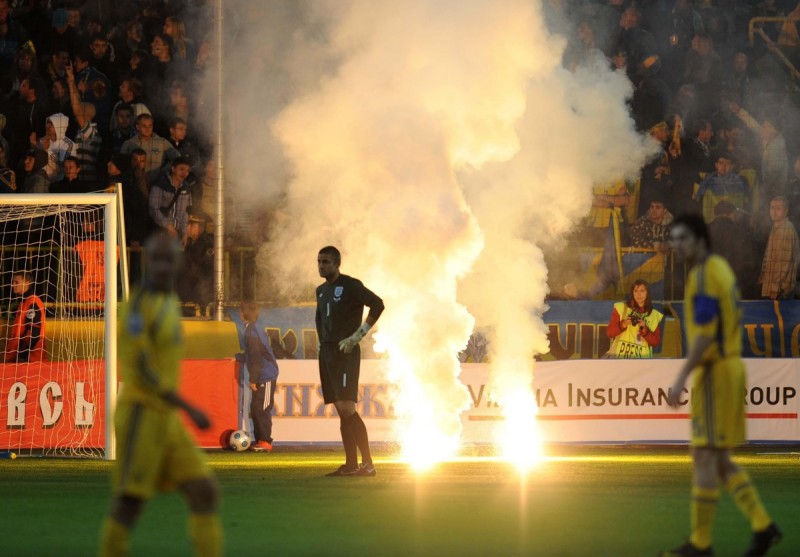 1. England get David James in South Africa. Rob Green is a stout yeoman and all that, but he’s not good enough for England and he definitely doesn’t seem to have the big-match temperament you need in major tournaments. James is the better option by far, even if he is still prone to the odd blood-rush.

2. No Croatia! Who would you rather face in South Africa? Ukraine, who are strictly average, or perennial dark horses Croatia, who are mental, far more talanted than Ukraine and have a tasty recent history with England? Croatia’s imminent elimination in the group stages, caused by Ukraine’s win on Saturday, can only help England’s chances. No dangerous ‘revenge’ QF to face now.

3. No more media bullshit about “Perfect England”. Going into a major tournament on the back of a 100 per cent qualifying campaign would have been nice, but it’s also asking for way too much tabloid crowing along the lines of “Perfect England can go all the way, says Stevie G!” – best to get a defeat or two out of the way before you reach South Africa. Don’t want our players to be too confident. Capello knows.

4. A much-needed wake-up call for Rio Ferdinand. Rio knows he faaacked up, and he knows Capello will drop him if he does it again. Good. There are enough decent centre-backs behind Ferdinand in the pecking order that it’s a win-win situation for the team: either Rio is dropped or he pulls his finger out; I’d rather the latter, as a focused, alert and fit Ferdinand is still one of the best defenders in the world.

5. Rooney’s new maturity. Playing for 10 against 11 is the sort of scenario that might have enraged the old Rooney, who has been known to fly into tackles with reckless abandon if things aren’t going his way. But the new, mature Rooney came through this Ukraine test with distinction. He worked like a dog to keep England in it, but never looked like losing his head. After what happened in 2006 against Portugal, the signs are so much more promising for Rooney in 2010. The boy has grown up and I hope he disproves the bullshit football cliche that aggressive, nasty players “need that bit of edge in their game” to succeed.

Photos from the game posted up later today…