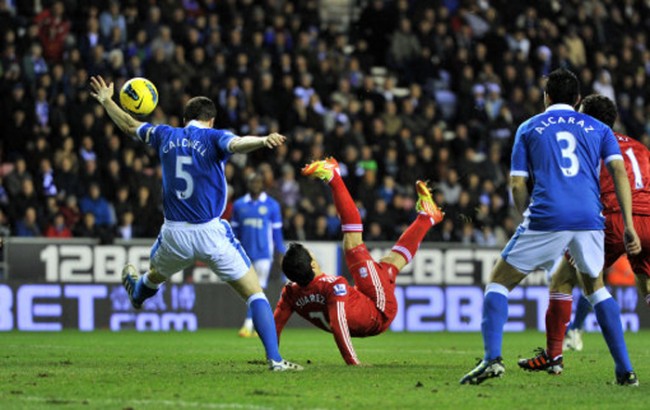 Ali Al-Habsi put in yet another man-of-the-match performance for Wigan as the Latics built on their draw with Chelsea and win against West Brom by picking up a priceless point against Liverpool at the DW Stadium.

The Liverpool players all donned Luis Suarez t-shirts during the pre-match warm-up in a show of support for the eight-match ban “victim”, before dominating for most of the first-half. However, goalkeeper Al-Habsi proved unbeatable, keeping out goal-bound efforts from Jordan Henderson, Martin Skrtel and Dirk Kuyt amongst others. The home side did create a number of chances themselves, however, with Mohamed Diame and Victor Moses both going close.

Suarez was at the centre of the incident which led to Liverpool winning a spot-kick early in the second-half, when the Uruguayan’s overhead kick was handled by Gary Caldwell. However, it was a case of Al-Habsi to the rescue once again, with the Oman international saving superbly from Charlie Adam.

The Reds now find themselves two-points behind fifth-placed Arsenal while Wigan are now just one point away from escaping the drop-zone.