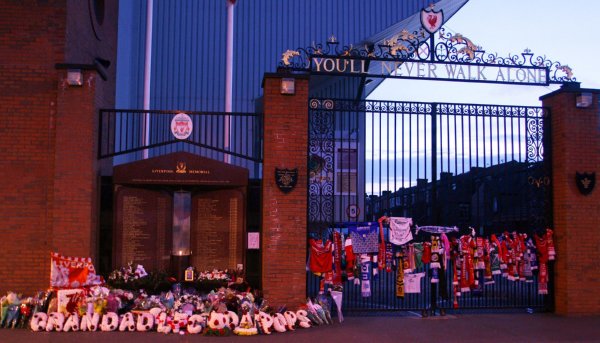 On the day that the ‘Hillsborough files’ were released to the public, and showed that  – among other things -over one hundred witness statements were doctored by the police, Prime Minister David Cameron has addressed a solemn House of Common, apologising ‘on behalf of the Government and the country’ for the two decades of grief following the death of ‘The 96’ on April 15th 1989.

“It is already very clear that many of the report’s findings are deeply distressing. The failure of the authorities to help protect people, the attempt to blame the fans, and the doubt cast on the original inquest.

“There is a trail of new evidence to show that the safety of supporters at Hillsborough was ‘compromised at every level’…today’s report shows that lessons had not been learned.

“[Some sections of the media blaming Liverpool fans] was part of police efforts to develop a version of events which was based on drunkenness, ticketlessness and violence.

“164 statements were significantly amended, and 116 specifically removed negative comments about the police…it impugned the reputations of the deceased.

“[There was] no evidence of any government trying to conceal the truth…governments then and since have simply not done enough to challenge the unjust and untrue narrative.

“What happened that day and since was wrong. It was wrong that the families have had to wait so long and fight so hard to get the truth…On behalf of the government and indeed the country I am profoundly sorry.

“The Liverpool fans were not the cause of the disaster.”

Not one mention of Thatcher. Ah well, it took us 23 years to get this far. We suppose a few criminal charges doled out to those responsible for the criminal conspiracy and perversion of justice which followed Hillsborough would be too much to ask for? After truth must follow justice. 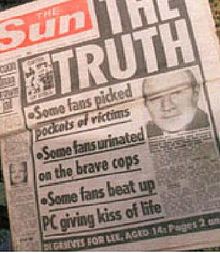