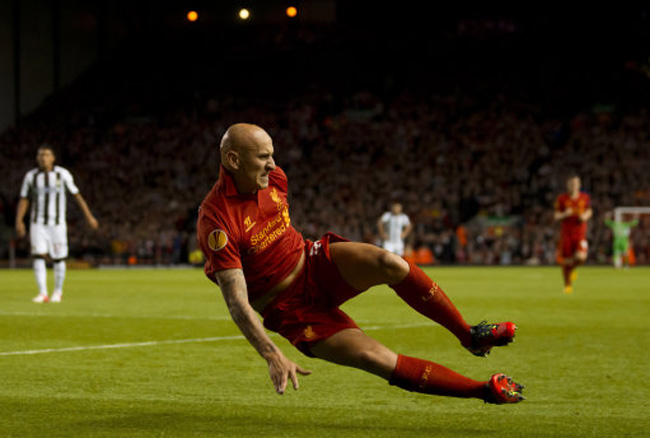 Serie A side Udinese came from a goal down to shock Anfield on Thursday night and inflict a 3-2 defeat on Brendan Rodgers’ side.

With Steven Gerrard and Luis Suarez, amongst others, on the bench for this Europa League tie, an understrength Liverpool side still dominated the first half, with Jonjo Shelvey netting the opener on 23 minutes.

However, after the break the Italians forced themselves back into the game, with goals from Antonio Di Natale, an own-goal from Sebastian Coates and Giovanni Pasquale putting the visitors 3-1 up. Suarez, in a cameo role, curled home a sublime free-kick, but ultimately the Reds would go on to lose a game they really should have won.