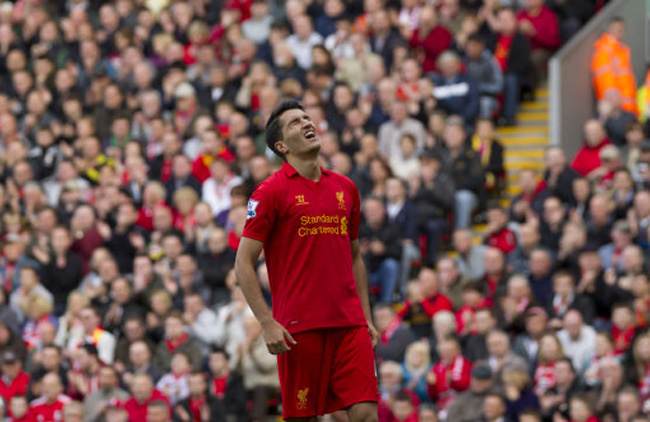 Liverpool hit the woodwork three times but just couldn’t secure that all important goal against Stoke on Sunday afternoon.

Raheem Sterling, Luis Suarez and then Martin Skrtel both hit the woodwork for the Reds, as they battled against a typically resolute and physical Stoke side. Indeed, the home side struggled to find their rhythm with both Pepe Reina and Nuri Sahin guilty of sloppiness which could have resulted in goals for the away side. Suarez, always a threat, was also guilty of some trademark theatrics.

Steven Gerrard came close while Brendan Rodgers even threw on Joe Cole in an attempt to unlock Stoke defence, but ultimately the Reds would have to wait for their first home league win of the campaign.