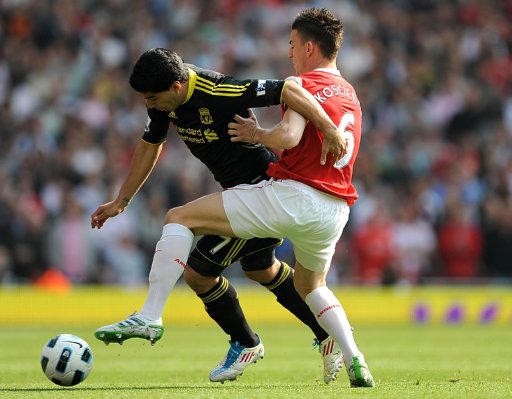 Arsenal centre-back Laurent Koscielny has been chatting to French footballing tome L’Equipe, who asked him which striker he admired and which he hated playing against most.

After naming the ‘strong’ and ‘good’ Didier Drogba as the opponent who had impressed him the most, Koscielny went a bit ‘balls out of the bath’ with the answer to the second question:

“Who is the forward I hate to face? Suarez. Last season I didn’t feel too well. It was a match at 12.30pm and I don’t like that schedule.

“He is tiresome to defend against. He is a cheat. He pulls your shirt, giving you small kicks all the time. You always want to give him a kick, but you have to be careful not to be red carded.

“For example on September 2nd against Liverpool, it was the case with Luis Suarez. He is a player who likes to dive as soon as there is contact. During a challenge we jostled a bit each other and he fell.

“He started to talk to me in English, to say it was a penalty.”

Drogba, of course, famously never being one to dabble in such fare.

Anyway, his arseholery is a large part of what makes Suarez such a nightmare to play against for defenders. Like many strikers, he is merely taking advantage of his greatest asset, and effectively so.

Peter Crouch stands a clear two-feet above everybody else in the penalty area: he wins headers when balls are arched into the box. Suarez is a conniving troll with absolutely no dignity and/or sense of shame while on the pitch: he wins freekicks in much the same circumstances.

Play to your strengths.