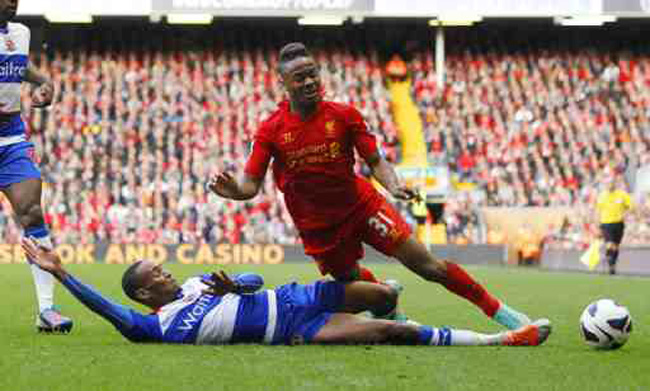 Fleet-footed wideboy Raheem Sterling was the star of the show for Liverpool on Saturday, netting the only goal of the game (on 29 minutes) and causing Reading’s backline all sorts of problems throughout the fixture.

Brendan Rodgers’ charges should really have won far more comfortably but failed time and time again to make the most of some decent goalscoring chances.  Reading, on the other hand, struggled to get a foothold in the game but started to threaten Brad Jones in the Liverpool goal late one. However, ultimately it was Liverpool who secured a deserved win, Rodger’s first in the league at Anfield. Brian McDermott and the Royals, on the other hand, stay firmly in the drop-zone.