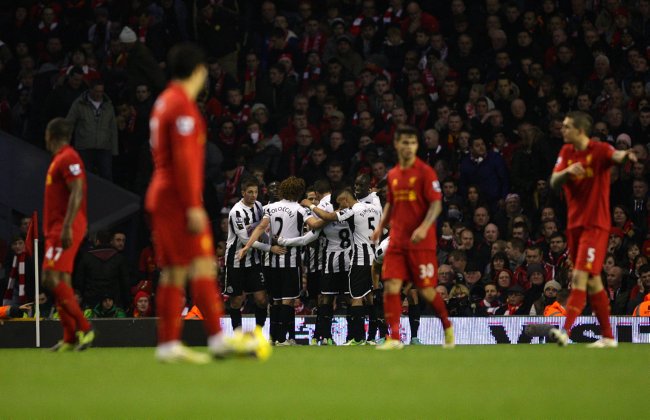 The ubiquitous Luis Suarez was the star of the show for Liverpool once again on Sunday, with the Uruguayan firing home a superb equaliser on 67 minutes to give the Reds a share of the points against Newcastle. However, despite another fine display for the striker, Brendan Rodgers’ side once again failed to kill of a Newcastle side which went down to 10 men late on after Fabricio Coloccini clattered Suarez.

Yohan Cabaye had opened the scoring for the visitors just before half-time despite finding themselves under pressure for long periods in the first period. After the break, the Reds pushed for an equaliser and were rewarded when Suarez superbly controlled a Jose Enrique long pass before rounding Tim Krul and slotting home. However, despite going close after that, the home side couldn’t turn one point into three.

Liverpool, now in 12th spot, are now unbeaten in five league games, while Newcastle find themselves in 10th place.