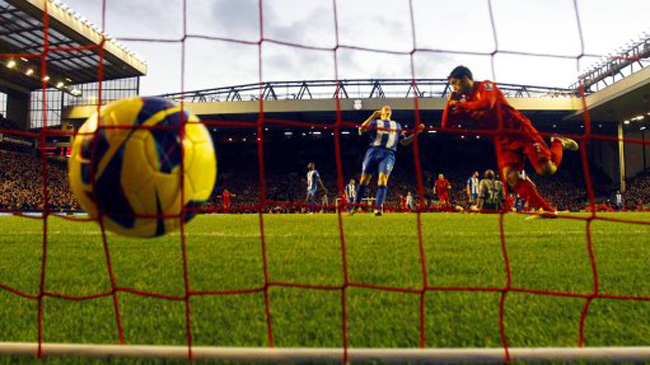 Comfortable home wins have been something of a rarity for Liverpool this season. However, thanks to in-form Uruguayan hitman Luis Suarez (yet again), the Reds secured their second home victory of the season again Wigan.

Despite dominating the first half, it took until the 47th minute for the Reds to finally turn their possession into goals. Raheem Sterling, another one of Brendan Rodgers’ best performers in recent games, was the creator of the opening goal, racing forward before picking out Suarez, who fired high into the back of the net.

The Uruguayan doubled the home side’s advantage on 58 minutes, after good work from Jose Enrique, while seven minutes later it was the Spaniard who got on the scoresheet.

The Latic had no answer to the Reds’ second-half potency while I don’t imagine there are many backlines who could handle Suarez at the moment.

Liverpool go 11th while Wigan fall to 15th, just two points clear of the drop-zone. Another relegation dogfight could well be on the cards for Roberto Martinez.