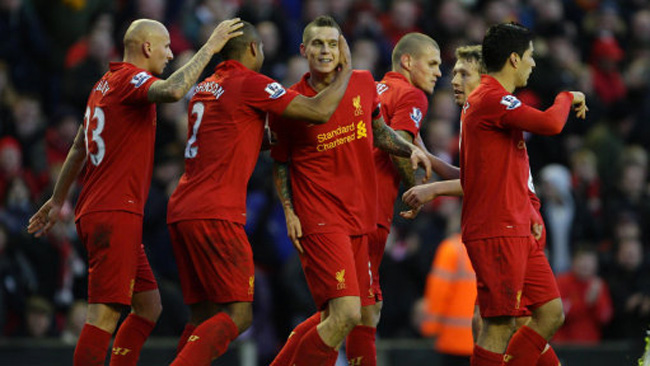 Liverpool registered back-to-back home league wins for the first time in over a year after a 1-0 win against Southampton on Saturday.

While the score suggests a tight game, in truth the Reds were by far the better team and should have won by a far more comfortable margin.

Daniel Agger was the goal-hero for Brendan Rodgers’ side, heading home a Glen Johnson centre just before half-time. Both Luis Suaez Suarez and Raheem Sterling saw efforts come back off the woodwork.

Rickie Lambert came closest to troubling Pepe Reina for the Saints as Nigel Adkins’ charges struggled to get a foothold in the game.

With Lucas back in action, things are looking up for the Reds, who climb to 11th in the table. Southampton, on the other hand, stay in the drop-zone.