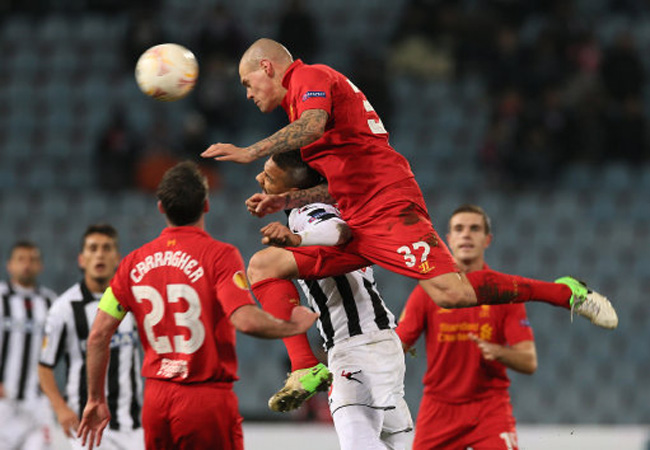 Liverpool reached the last 32 of the Europa League on Thursday night after beating Udinese 1-0 in Italy.
Jordan Henderson was the unlikely goalscorer for the Reds, netting on 23 minutes after a Stewart Downing corner. While the home side were also creating chances, it was the visitors who looked hungrier. Indeed, they almost doubled their advantage soon after, only for Glen Johnson’s effort to be ruled out for offside.

After the break, both sides again had chances to score before the Italians had Giovanni Pasquale sent off for a second yellow. Then, with the last kick of the game, Udinese legend Antonio Di Natale, on in a cameo role, had a great chance to score a goal which would have put Liverpool out. But instead, the striker skyed his effort, allowing Brendan Rodgers’ men to go through to the knockout stages along with Group A runners-up Anzhi.