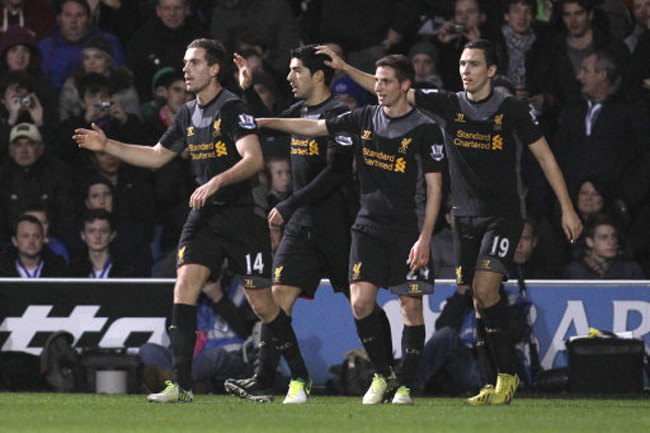 Not for the first time this season, Luis Suarez was Liverpool’s star man as the Uruguayan inspired the Reds to a comfortable win against a dismal QPR.

Bagging a brace within the first 16 minutes, Suarez’s job was made all the easier by some appalling defensive errors by the Rangers’ backline. Daniel Agger made it 3-0 by the half-hour mark, thus putting the game to bed and forcing the Loftus Road faithful to endure another afternoon of disappointment and defeat.

Harry Redknapp still thinks the Hoops can stay up, but unless shakes things up a bit in January, the west Londoners will be heading back to the Championship after a disastrous 2012/13 campaign.

Liverpool, on the other hand, move into ninth spot as the Brendan Rodgers’ project slowly but surely moves onwards and upwards.