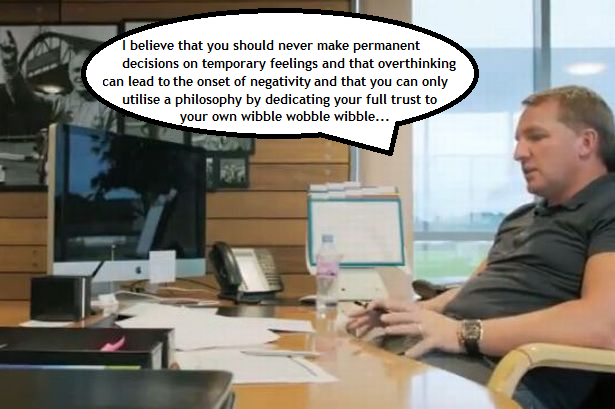 Liverpool honcho Brendan Rodgers likes to talk in parables. He’s very much the Jesus of middle-management-style football coaching. Here are his greatest hits…

1. ”It was a perfect away performance, apart from the first 10 minutes.”

2. “I’ve always said that you can live without water for many days, but you can’t live for a second without hope.”

4. “My biggest mentor is myself because I’ve had to study, so that’s been my biggest influence.”

6. “I started coaching for one reason and that was to make a difference for people, not just as footballers but as human beings.”

7. “When we have the football, everybody’s a player.”

9. ‘I think there’s three players who will let us down this year — the cause, the fight, everything – and I have written them down already in these three envelopes. Make sure you are not in one of the envelopes.”

10.”I use a quote with the players,“Per aspera ad astra”, which is Latin for ‘through adversity to the stars’.”

12. “Joe Allen is one of the most courageous players I’ve seen.

13. “I will leave no stone unturned in my quest – and that quest will be relentless.”

14. “I always say a squad is like a good meal – I’m not a great cook but a good meal takes a wee bit of time, but also to offer a good meal you need good ingredients.”

15. “All I’ll ever do is all I’ve ever done in any job, and that’s promise to fight for my life for the people of the city.”

16. On the ‘Being: Liverpool’ documentary: “It was something I didn’t watch, and thankfully it’s over.”

17. “I’ve always worked along the statistic, that if you can dominate the game with the ball you have a 79% chance of winning a game of football.”

18. “I believe a young player will run through a barbed wire fence for you. An older player looks for a hole in the fence.”

19. “The problem with being a manager is it’s like trying to build an aircraft while it is flying.” 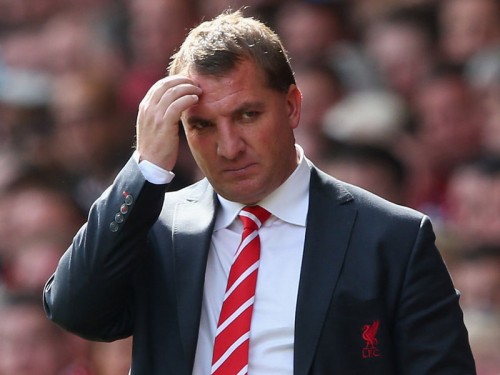 “Goddamn it I don’t half talk some cobblers”