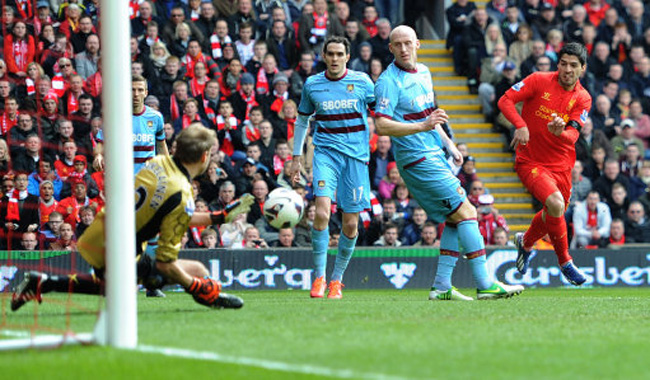 West Ham produced a fine defensive display to keep Luis Suarez and co. quiet at Anfield, a result which sees them move further away from the drop-zone.

The Reds started the game well but failed to create too many chances while at the other end of the pitch, Mohamed Diame failed to find the net after a mazy dribble.

In the second-half, Brendan Rodgers’ men pushed for the winner, with Steven Gerrard going close while a Jack Collison header was cleared off the Liverpool line by Lucas Leiva. But ultimately neither side could break the stalemate.