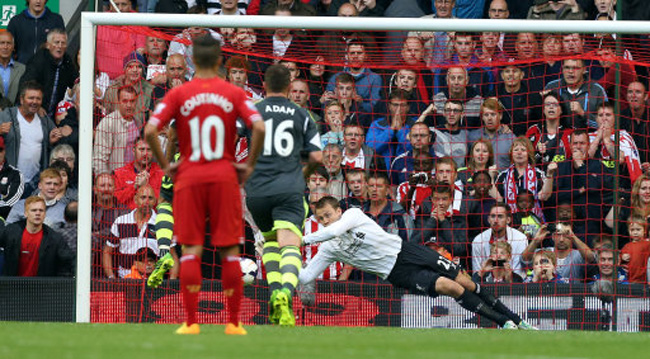 Liverpool kicked off the new Premier League season with a deserved 1-0 win against Stoke at Anfield.

Liverpool’s Suarez-free front three of Philippe Coutinho, Iago Aspas and Daniel Sturridge clicked instantly with the latter finally breaking the deadlock on 37 minutes. However, it was the two goalkeepers who were the real stars of the show, with Stoke’s Asmir Begovic pulling off top class save after save while at the other end, despite a shaky start, new-boy Simon Mignolet denied Jonathan Walters from the penalty spot at the death (surely Walters’ penalty taking days must be over now?).

A very decent start to the new season, which even the dull-as-dishwater Michael Owen BT Sport punditry couldn’t totally spoil.