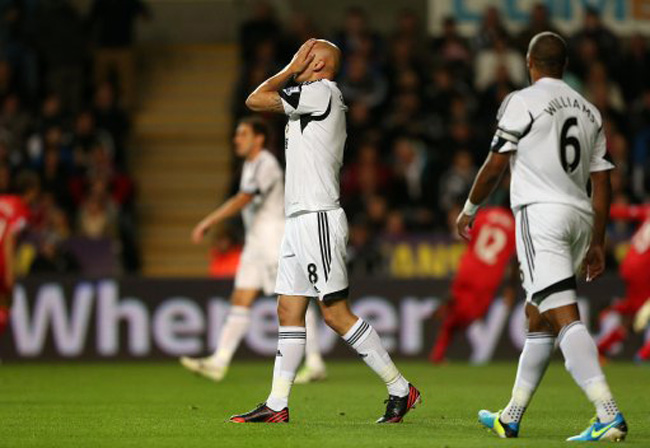 Jonjo Shelvey was both the hero and the villain for Swansea in this dramatic 2-2 draw at the Liberty.

Before half-time, Liverpool new-boy Victor Moses put the visitors ahead after yet another mistake from Shelvey before the 21-year-old former Arsenal youth player flicked a corner into the path of Michu, who fired home the fourth and final goal of the game.

Overall, a draw was probably a fair result as Brendan Rodgers’ men went back to the top of the table.