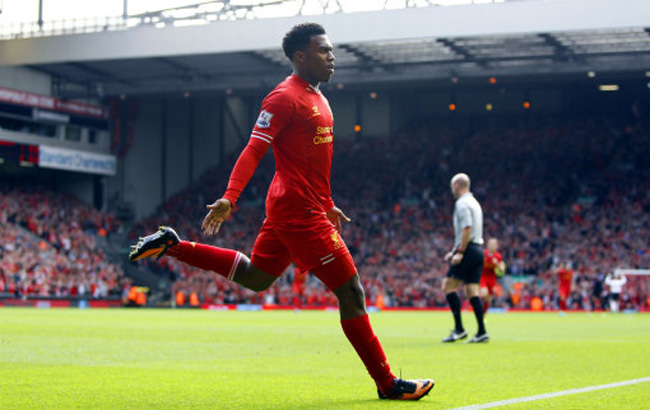 Like an IRA gang gunned down in cold blood in Gibraltar, the sharp-shooting SAS took out the Eagles with consummate ease… Actually, hang on, I think I’m over-egging this whole SAS thing. Right, so basically Luis Suarez and Daniel Sturridge scored again for Liverpool on Saturday as they gave Ian Holloway’s flaccid Palace a good spanking.

Steven Gerrard also netted from the penalty spot as Brendan Rodgers’ side ascended to the top of the Premier League table, at least for a day, courtesy of a well-deserved win for the Reds. The Eagles did net a consolation goal, when sub Dwight Gayle scored late on but they already look to be facing a long, hard season. As for Liverpool, they are looking more and more like the real deal this season.