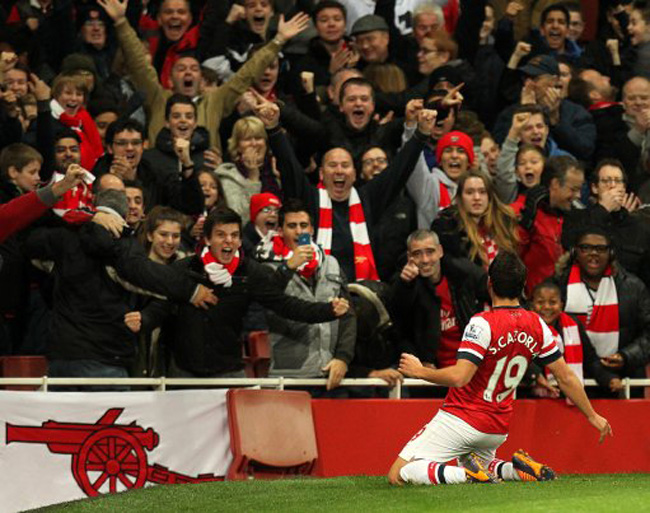 While pundits continue to dismiss Arsenal’s title credentials, the Gunners keep on winning, stretching their lead at the top of the table to five points after an impressive home display against Liverpool.

Santi Cazorla opened the scoring in the first-half, firing home superbly after his initial header had come back off the post. That goal had come after Liverpool had battled to get a foothold in the game, but overall it was the home side who had the better of things.

After the break Aaron Ramsey scored a superb effort from outside the box as the Gunners produced some superb flowing football. As for Liverpool’s SAS, they did have the odd chance, with Luis Suarez hitting the post last one. But overall, it was Arsene Wenger’s side who were the better team by a decent margin.