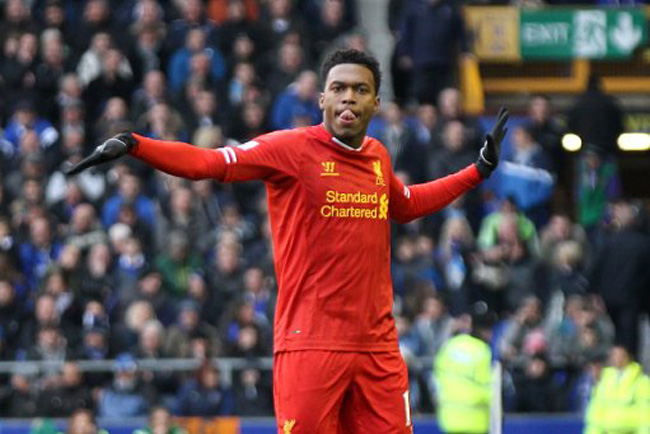 A late Daniel Sturridge goal rescued a point for Liverpool in an enthralling Merseysie derby at Goodison Park.

An early Philippe Coutinho strike on five minutes put the visitors ahead only for Belgian wideman Kevin Mirallas to level the scores just three minutes later. The game was been played at a frantic pace while on 19 mintues the Reds again took the lead, when Luis Suarez’s free-kick went through a dodgy Toffees’ wall before beating Tim Howard. The Uruguayan was then the subject of a dreadful challenge from Mirallas, with the Belgian lucky to only see yellow.

After the break, Roberto Martinez’s charges rallied, with Romelu Lukaku, who had been on the periphery in the first period, coming to life to bag a brace which put the home side 3-2 up. However, with the game almost over, sub Sturridge popped up to head home a priceless equaliser. What a cracking game of football!