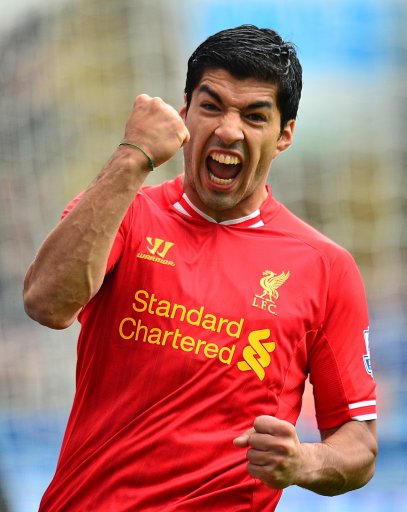 It wasn’t so very long ago that he was demanding Liverpool ‘do the honourable thing’ and let him leave, but this afternoon Luis Suarez has gone and signed a new, long-term contract with the club.

“I am delighted to have agreed a new deal with Liverpool and have my future secured for the long term.

“We have some great players and the team is growing and improving all the time. I believe I can achieve the ambitions of winning trophies and playing at the very highest level with Liverpool. My aim is to help get us there as quickly as possible.

“Without doubt the backing I have received from the Liverpool fans has influenced my decision. I am so proud to represent them and go out to do my best for them every time I pull on the shirt.

“We have a special relationship; they have love for me and in return I love them back. I will always do my best for them and hopefully we can achieve success together.”

Acoording to most sources, the deal sees Suarez, who has stuck away 17 Premier League goals in 12 games so far this season, tied up to a five-year contract in return for becoming the highest-paid player in Liverpool’s history – with his weekly wages now reported to be in the £200,000 to £230,000-a-week bracket.

We also imagine the club’s money men may have altered the fine print on that pesky £40,000,001 release clause.

Don’t for a minute think that he won’t still jump ship in the summer if Liverpool topple out of the top four or Real Madrid come a-callin’ between now and then, but most Reds fans out there must be emitting fairly guttural sighs of relief right about now, no?