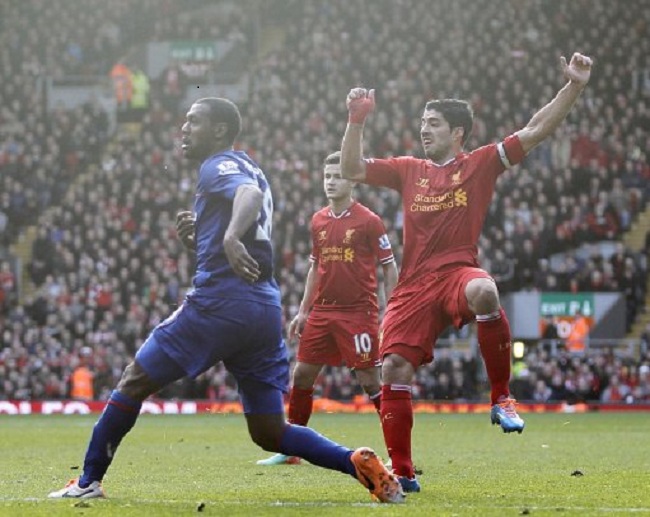 Luis Suarez celebrated the signing of his new megabucks Liverpool deal by producing yet another magnificent solo performance, with two cracking goals and an assist, as the home side secured a win which puts them, at least until Monday, on top of the table. Liverpool dominated the first-half and went in at the break 3-0 up, with Raheem Sterling also getting in on the act. In the second-half, the visitors, with manager Malkay Mackay surely about to get the chop courtesy of loony Cardiff owner Vincent Tan, improved and get one back courtesy of Jordon Mutch. However, the Bluebirds couldn’t score another, with Suarez hitting the post late on. Can the Reds really challenge for the title this season?