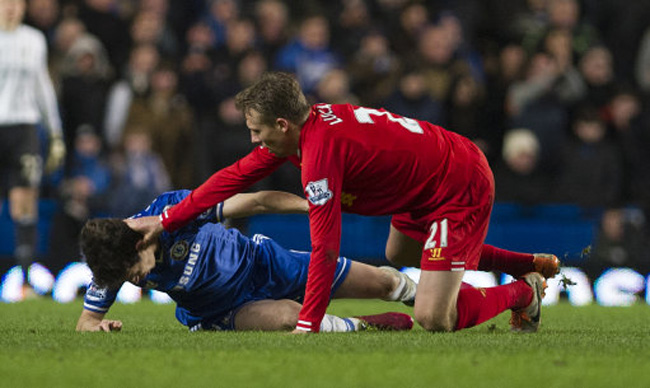 Chelsea produced an impressive display against Liverpool on Sunday to stay just two points behind leaders Arsenal. Martin Skrtel opened the scoring on just three minutes but by half-time the Blues were ahead, courtesy of a super strike from Eden Hazard and a goal from Samuel Eto’o. The game was full of questionable decisions, with Howard Webb having a mare. Eto’o should arguably have been sent off for a high foot challenge on Jordan Henderson, as should Oscar for a dreadful challenge on Lucas, although the Liverpool’s man response should have also seen him given his marching orders. Hazard should have won a penalty when he was axed in the box as should Liverpool when Eto’o blocked Luis Suarez in the box. However, ultimately it was Jose Mourinho’s side who took all three points as the Reds’ title tile took another hit.